The ROG Maximus brand is returning to MATX

Intel's Z390 motherboard chipset is perhaps the worst kept secret within the PC industry, with a planned release sometime in October with Gigabyte hinting at a launch, or perhaps paper launch date of October 8th.

Videocardz's spies at ASUS HQ has provided them with images of the company's upcoming Maximus XI EXTREME and Maximus XI Gene motherboards, ultra-high-end mainboards for the EATX and MATX form factors, both of which feature DIMM.2 support.

The ASUS ROG Maximus XI Extreme ships in the ultra-large large EATX form factor, offering its users two large VRM heatsinks with plenty of cutouts to increase its surface area and cooling potential. It is likely that this motherboard will support three M.2 cards, one at the base of the motherboard and two via a DIMM.2 to 2x M.2 NVMe add-in-card, which itself is covered by a large heatsink.

On the Maximus Extreme ASUS plans to attach an OLED screen to the board's IO cover, allowing users to see the clock speed of the CPU used within the motherboard. It also appears as if this motherboard supports at least 12 connected 4-pin PWM fans. 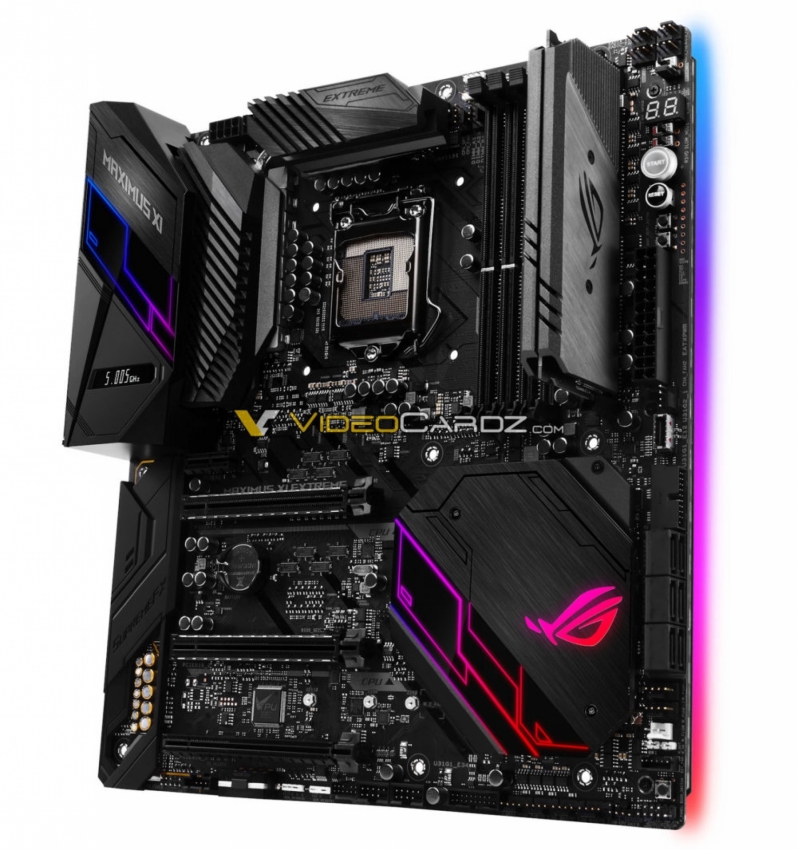 Moving down to the Maximus XI Gene, we can see that ASUS has returned their Maximus brand to the MATX form factor, investing in heavy-duty heatsinks to deliver a high-end overclocking experience within the compact form factor.

Strangely, this motherboard only features a single PCIe 16x connection as well as a single 8-pin PCIe slot. DRAM-wise the motherboard also features two standard DIMM slots, as well as a DIMM.2 slot. Separating the DIMM and DIMM.2 slots is space for an M.2 slot, which is covered by a long M.2 heatsink. At this time it is unknown whether or not this M.2 slot overs one or two M.2 connections. 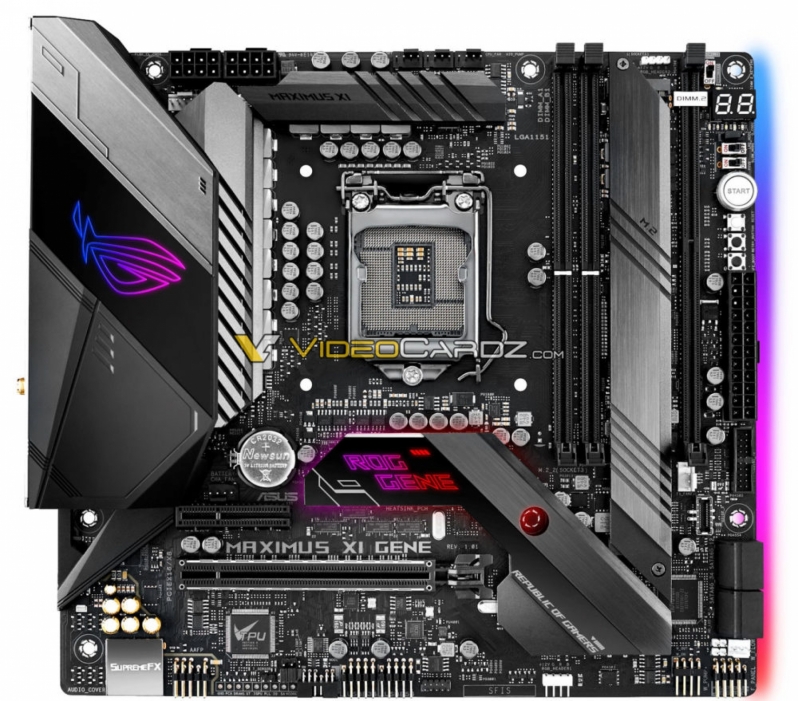 You can join the discussion on ASUS' Maximus XI EXTREME and Maximus XI Gene motherboards on the OC3D Forums.

Avet
Gene and Impact are back. Thank you ASUS for releasing proper boards in smaller formats. Strix G, and I were a bit of a ripoff.Quote