No more fiddly screws to lose!

Over on the CableModders closed Facebook Group, ASUS' Technical Marketing Manager for the US, Juan Jose Guerrero III, revealed how the company would be making M.2 SSDs easier to install on their upcoming Z590 motherboard lineup.

If you have ever installed an M.2 SSD, you will know that the screws used to mount those drives are fiddly and easy to lose. That's where ASUS' M.2 Q-Latch comes in, making M.2 device installation a tool-free process. No more screws to drop or get lost and no need to find your smallest Philips head screwdriver. 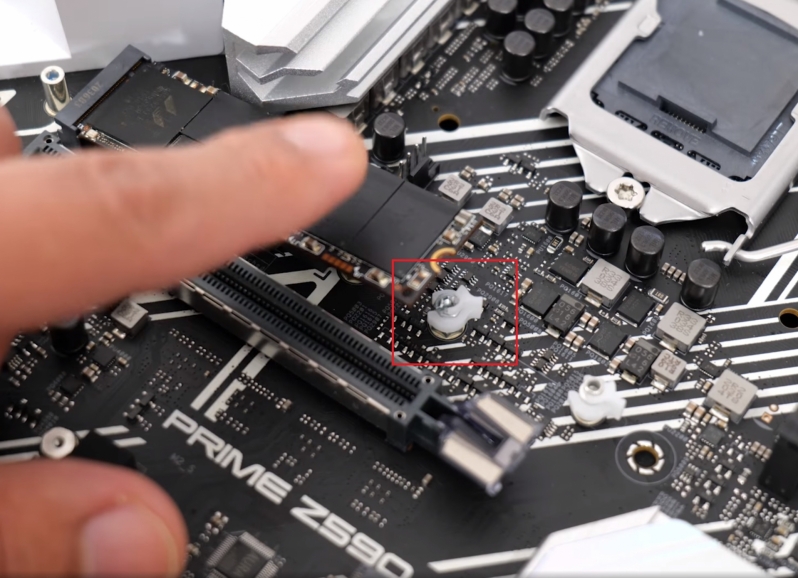 Tom Sunday
With all mobo makers this year coming out with (2) two new generations of boards (essentially double-dipping for more profits) I wonder how many more new cheaper latch-type improvements will be included to convey perceived mobo values? The 11th generation prices for mobos it is said will "dramatically" increase along with CPU's. I recall but a year ago the Asus Maximus XII Extreme Z490 came on the market around $550. And I thought that was crazy.

The soon to arrive Z590 Asus XIII version will most likely cost close to $900 plus. Overall we are looking when buying a 'new 11th generation premium system' and with just considering the costs for a new Mobo, GPU and CPU it could run at cool $$2,600 for starters. Once Alder Lake arrives later in September and with its new LGA 1700 socket, we will be looking at $3,000 plus for the same hardware compliment. Surely GPU prices will also hit the ceiling as well? Looks like I will be staying with my 12-year old Dell 730x at these prices or perhaps wait until hell freezes over. Thoughts?Quote

WYP
Quote:
I'd blame Intel for the double-dipping, not the motherboard manufacturers. Yes, they will get to release two sets of Intel motherboards in a single year, but it was Intel that set the launch schedule.

The world is a mess right now, and the electronics industry is in the middle of it. Just look at the price of good brand webcams etc.

GPU-wise, we have huge demand from gamers and miners alike, shortages preventing production to increase in response to this demand and tonnes of other factors that are driving up prices and making things more difficult. 2021 is a mess, and there isn't much that folks can do about it.Quote
Reply