Computex 2017 is now underway and with it comes a wide range of new products, many of which come as a complete surprise to use. Today, thanks to Dicehunter on the OC3D Forums, we have an image of what looks like ASUS' unreleased Crosshair VI Extreme motherboard.
Up until now, this motherboard has only been a thing of rumour, with many expecting this motherboard to come as part of AMD's Threadripper platform. As far as we can tell from this image, the Crosshair VI Extreme is an AM4 motherboard, shown here working with four DDR4 DIMMs in a water cooling loop with what looks like a GTX 1080 Ti Strix.
When comparing this motherboard to ASUS' existing AM4 X370 Crosshair VI Hero we can see that the Extreme comes with an EATX form factor, a right angled 24-pin power connector and a larger than usual chipset heatsink. We can also see that the component placement on this board is very different than the Hero, coming with a post reader at the top of the motherboard and different locations for fan headers, RGB headers and other components. 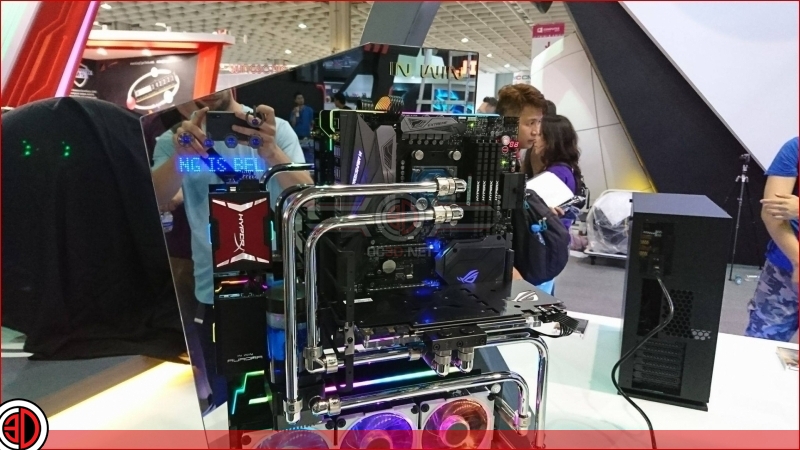 At this time it is unknown when ASUS will be announcing more information on this motherboard, which is expected to supplant the Crosshair VI Hero to become ASUS' new X370 AM4 flagship mainboard.

You can join the discussion on ASUS' new Crosshair VI Extreme AM4 motherboard on the OC3D Forums.

AlienALX
This is awesome ! the first Extreme AMD motherboard in forever. In fact this may even be Asus's first !Quote

War Machine
I just did some Goggling and it looks like the first time since 2010 ASUS' Crosshair IV Extreme that look like a E-ATX motherboard unless i'm wrong.Quote