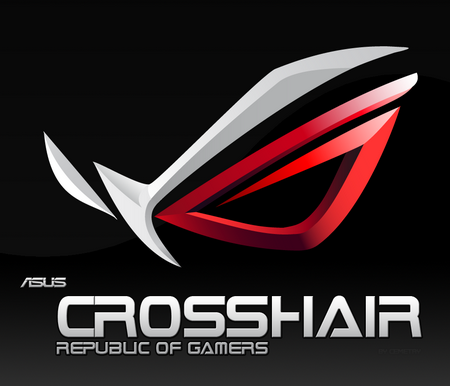 I'm sure you're all sick of the Election by now, we know we are. So if you want a little something to take your mind off of a hung Parliment and various mud-slinging then OC3D are here to serve.

Instead of a coalition between Labour, Liberal Democrats and the Tories, would you be more interested in a very early preview of the ASUS Crosshair IV Extreme?

Details are still very scarce because this is such a sneak peek, but there are a few things we know.

Starting with the looks, ASUS have followed the RoG theme to the letter with the black and red theme all over the board. The PCI-E slots are red with the single PCI slot being black. We believe the SATA 6 are red, and the two black ports are SATA2. 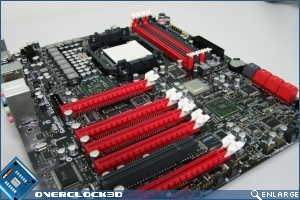 Next on the list is the always useful dual-BIOS feature. Any overclocking board worth its salt will have dual-BIOS to help recover from those situations in which you've pushed a little too far and, similar to the Maximus III Extreme, this has a button to manually choose between them. 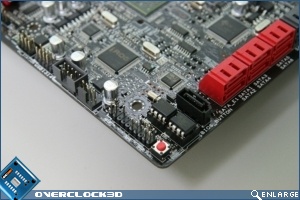 For those with water-loops ASUS have included the PCIe x16 switches to manually turn cards on and off so you can fault find without needing to drain your loop a dozen times. 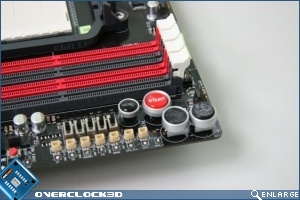 Anyone who's read our reviews of recent RoG motherboards will be aware of the ROG Connect and RC Bluetooth functionality, and we're pleased to see it's made it's way to the premium AMD 890FX motherboard too. 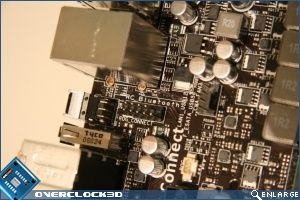 Saving the best until last, we have a Lucid chip. This is a magical box of tricks that allows you to run both nVidia and ATI graphics cards on the same motherboard. Finally the ATI boys can have PhysX. 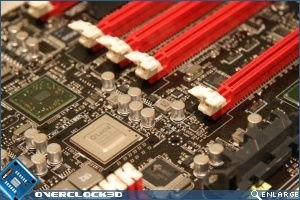 Keep an eye on OC3D for a review as soon as we get our hands on a final revision of this motherboard, and thanks to our spy for obtaining these pictures.

Discuss this further in our forums.

Steve-O-
So will this just have more features than the regular Crosshair IV...?Quote

One note though - the 800 series NB have native Sata 3, so I doubt the red sata ports are sata IIQuote

zak4994
I will not lie. I'm getting a bit sick with all these red+black and red+blue motherboards. Clichéd as hell. Now where is DFI when you need them?Quote

wraithien
How much bigger is this beautiful board in comparision to the formula? Looks a little wider.Quote
Reply