Videocardz has managed to get a hold of images of ASRock's Z390 Phantom Gaming 9 motherboard, the company's planned Z390 series flagship, which is designed for use with Intel's upcoming 8-core 9000 series processors.

This board features three reinforced PCIe 16x slots alongside three M.2 slots, though at this time it is unknown how the PCIe lanes are configured on this motherboard. It is likely that ASRock is utilising PLX chips to support so much PCIe connectivity, given the limitations of Intel's other LCA 1151 platforms.

On the rear I/O of this motherboard we can also see three Gb Ethernet ports, as well as a large number of USB ports and display connectivity options. Bulti-in Wireless AC ports are also visible alongside audio options that include an optical audio out connection. 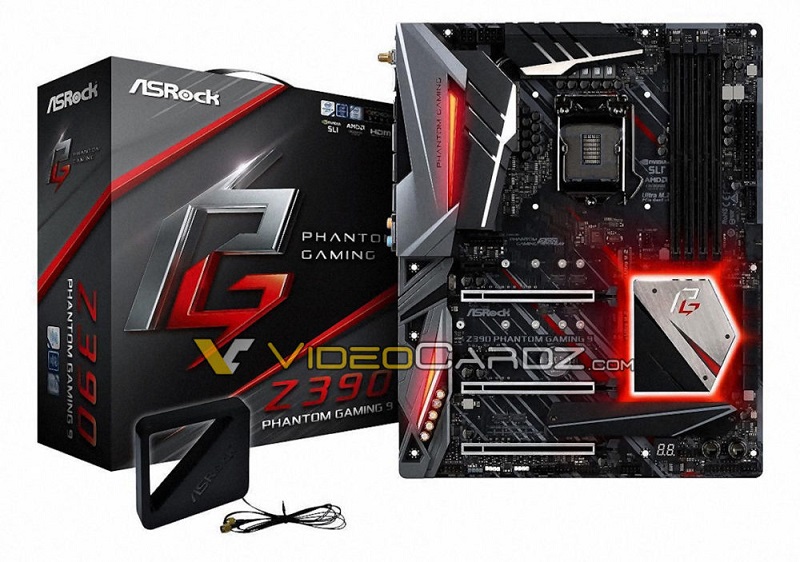 At this time it is unknown when Intel plans to release their new Z390 series of motherboards, though it seems likely that it will be released in the near future, alongside the company's 9000 series processors.

You can join the discussion on ASRock's Z390 Phantom Gaming 9 motherboard on the OC3D Forums.

Dawelio
Is this their new ”brand”? Ie, moving away from the old boring ”Fatal1ty” branding?...Quote
Reply