ASRock, like most other producers of standalone Intel 300-series motherboards, has announced all of their Z370, H370, B360 and H310 motherboards can support Intel 9000 series processors through new BIOS updates.

Moreover, as ASRock apparently can't keep a secret, the company has officially confirmed Intel's plans to release "8Core" CPUs in their official announcement, stating that they are currently selling motherboards that list "8Core CPU support" on the box if they ship with compliant BIOS'.

ASRock states that even their H310 motherboards have powerful enough VRMs for Intel's next-generation 9000-series 8-core processors, indicating that Intel next-gen processors will not ship with TDPs that are much higher than their predecessors.

With the outstanding and no compromise CPU VRM design of every ASRock motherboards, current ASRock Z370, H370, B360 and H310 series motherboards users can now experience the extreme performance of the new processor with only a few clicks.

For every ASRock motherboard we're currently selling that supports this new CPU will have a "8Core CPU Support" sticker on the product box, it may adopt the new CPU right out of box! 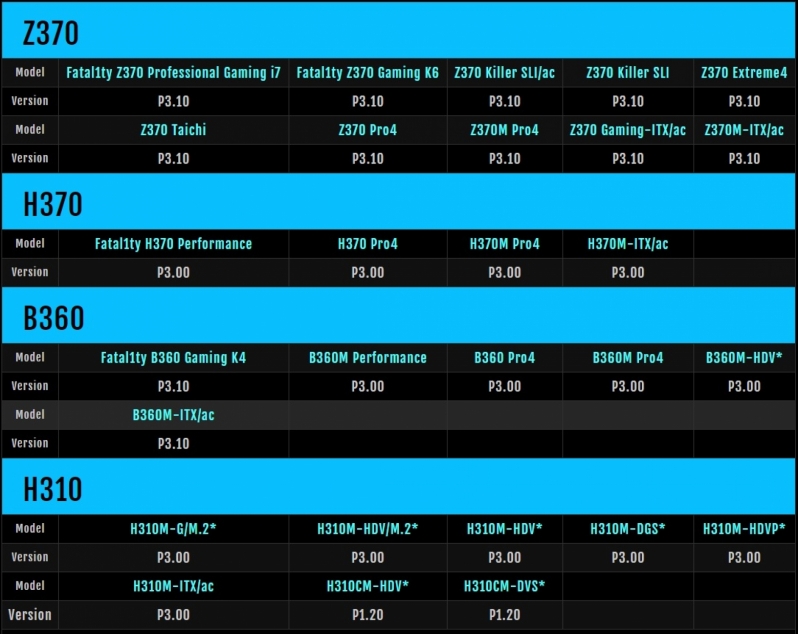 New BIOS files for all of ASRock's Intel Core 300 series motherboards are available on ASRock's website.

You can join the discussion on ASRock's Core 300 series motherboards offering "9000 series" and "8Core CPU Support" on the OC3D Forums.