'A hint for the upcoming series'

ASRock has started to tease what could be a next-generation Phantom Gaming motherboard, releasing a short RGB video on Facebook titled "A hint for the upcoming series" as well as blacked out image below, which shows two mainboard designs.

At this time it is unknown what ASRock is showing us, aside from the fact that they are clearly Phantom Gaming series motherboards, though the "upcoming series" tease suggests one of two things, first that it would be part of AMD's long-awaited X570 series of motherboard or second that it makes up a new section of ASRock's Phantom Gaming lineup.

Aesthetically, ASRock's Facebook teaser showcases a motherboard design that's in many ways similar to ASUS' Maximus Formula series, revealing a motherboard that is clad in armour and RGB lighting strips. The tags ARGB and Polychrome also suggest that lighting will be one of the core features of ASRock's latest high-end motherboard series.

AMD's next-generation motherboard lineup is unlikely to be shown before Computex 2019, which starts on May 28th. With this in mind, it seems unlikely that these new motherboards are AM4 offerings, as there is little reason for ASRock to tease X570 motherboards more than a month in advance. That said, stranger things have happened.

ASRock's Phantom Gaming series has so far been missing from AMD's AM4 motherboard lineup, having only made into AMD's Threadripper X399 lineup. AMD's X570 series may include ASRock's first AM4 motherboard offerings; unless ASRock has decided to make some late additions to the X470 series. 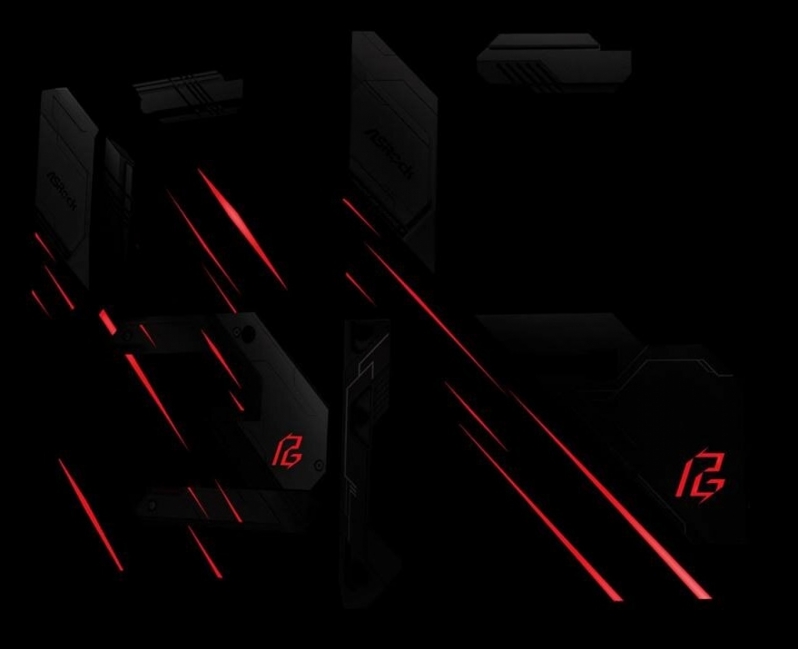 You can join the discussion on ASRock's tease of upcoming Phantom Gaming motherboards on the OC3D Forums.

Dicehunter
I'm really hoping companies start to put a bit more effort into these X570 mobos instead of focusing all their aesthetic effort on Intel boards.Quote
Reply