Get ready for some new motherboards!

Intel's Z390 chipset has been rumoured for quite some time, acting as a modernised take on Z370 that takes the benefits of the company's newer, 14nm H370 chipset and bringing them into the overclocking/enthusiast section of the PC market.

Back in May, Intel confirmed the existence of Z390, a new 300-series chipset that brought the features of Z370 down to 14nm, reducing power consumption while also adding native USB 3.1 Gen 2 and Wireless-AC support, both of which require 3rd party add-on chips with Z370. 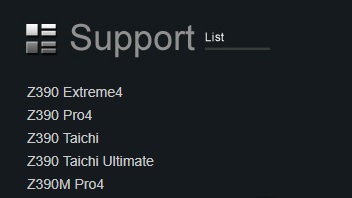 At this time, it is unknown when Intel plans to release their Z390 series of motherboards, though it will likely coincide with the release of Intel's upcoming 9000 series processors, which are expected to release in mid-late September or early October.

You can join the discussion on ASRock revealing five upcoming Z390 motherboards on the OC3D Forums.