ASRock started to become a more prominent name within the motherboard market after the release of Ryzen, with frequent BIOS releases and changes bringing the company a lot of early praise from Ryzen enthusiasts, especially for users of their Taichi motherboard lineup.

Now, it looks like ASRock are ready for AMD's next-generation of CPU hardware, with their X570 Taichi showing up on a Vietnamese ASrock facebook group, via the Linus Tech Tips Forums.

Looking at the box, we know that the ASRock X570 Taichi will support an HDMI display output, confirming Ryzen APU support, PCIe 4.0, Polychrome RGB and AMD's next-generation Ryzen 3000 series of desktop processors. The boxart also clearly lists this motherboard as an AMD AM4 product, though Ryzen 3rd Generation's backwards compatibility already confirmed the product's use of the AM4 socket. 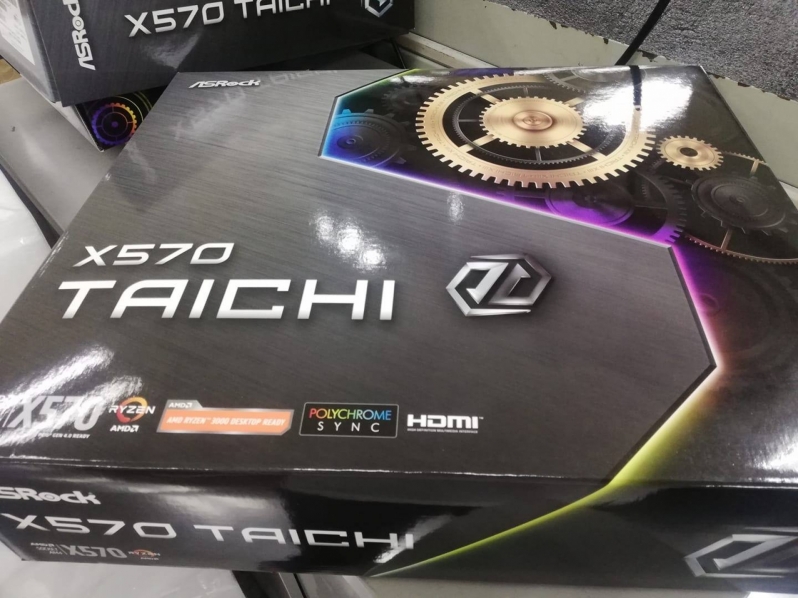 With Computex just around the corner, it is likely that ASRock will officially reveal their X570 motherboard lineup within the next few weeks, with AMD being expected to announce more details about Ryzen 3rd Generation lineup at Computex 2019, during the company's keynote.

You can join the discussion on ASRock's X570 Taichi motherboard on the OC3D Forums.

Gothmoth
i bet they still have no RGB mainboard screws... not interested.


and the PCB is not transparent. really who will buy this?Quote