An AMD motherboard with an Intel-style mounting system?

AMD's X570 platform is here, but right now mini ITX motherboards remain rare. Yes, some are available at retail, but stock is scarce, and you will often have limited choice.

The thing about ITX motherboards is that they are often more challenging to design than their larger ATX and MATX variants. A lot of hardware needs to be condensed into a compact form factor, and VRM designs often need radical redesigns to work well under these circumstances, especially for overclocking-ready motherboards.

With ASRock's X570 Phantom Gaming ITX/TB3, the company has taken a novel approach to solve some of the shortcomings of the Mini-ITX form factor. To save space, ASRock has abandoned AMD's AM4 mounting hardware to utilise Intel LGA 115X-style mounting holes. This means that ASRock's X570 Phantom Gaming ITX/TB3 will not support AMD's Stock cooling solutions, or any AM4 cooler for that matter. Only CPU coolers with LGA 115X mounts are supported, with ASRock providing a limited Cooler compatible list on their website. Yes, this motherboard supports Intel's stock cooler designs... 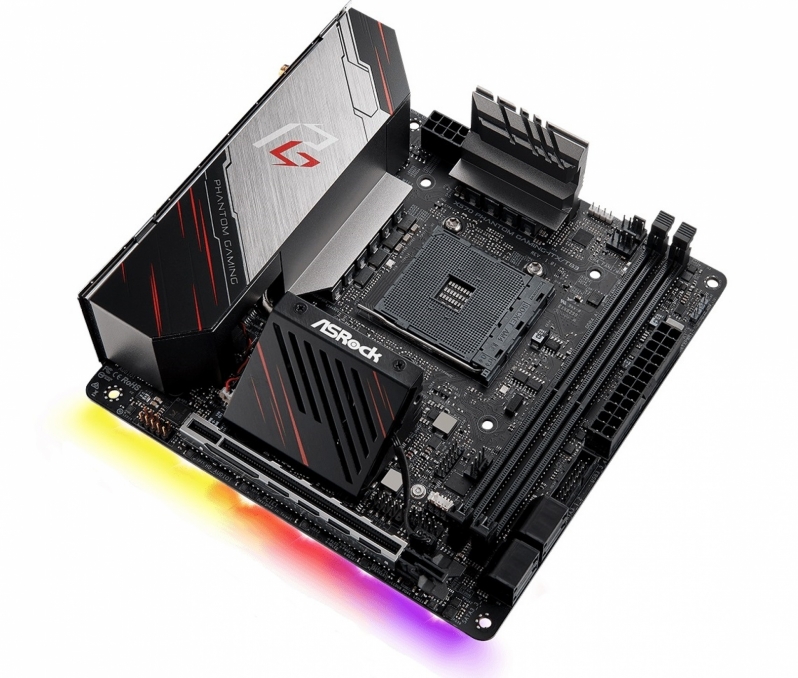 g0ggles1994
Honestly, I'm not even mad about this. My original thoughts about AM4's mounting system is that the dimensions will make it hard to build smaller boards. I honestly hope AMD ditch the retention system for AM5 and remodel the spacings to make it better for smaller boards like this.Quote

AlienALX
Gorgeous board that makes me very happy.

Now please make your GPUs look like this, Asrock.Quote

Kleptobot
Asrock seem to be the the best manufacturer when it comes to ITX. The X99 ITX board they produced was gloriously insane, and now they are releasing this board. I like how they are making products that are different and exciting in this space.Quote

66racer
Asrock strikes again! I wonder if this will become a trend by other manufacturers. It is literally a genius idea.Quote

The_Governour
M.2 at the back? That will cook nicely there.....Quote
Reply