When comparing this new design to ASRock's older Fatal1ty X370 Gaming-ITX/ac, we can see that ASRock has moved to a grey/black colour scheme from the board's red/black colour scheme, though otherwise most of the motherboard appears unchanged, using the same 8-phase power designs and similar component layouts.

ASRock will be using a single 8-pin EPS power connection to power their X470 Fatal1ty Gaming ITX/ac motherboard, with the company providing a larger VRM heatsink than before which has more surface area for VRM cooling. Sadly this motherboard's top VRMs don't have a heatsink, which could cause issues when overclocking.

Unlike many of the other X470 motherboards that we have seen so far, the X470 Fatal1ty Gaming ITX/ac only has a single M.2 slot on the back of the motherboard, likely due to the limited space available in the ITX form factor. 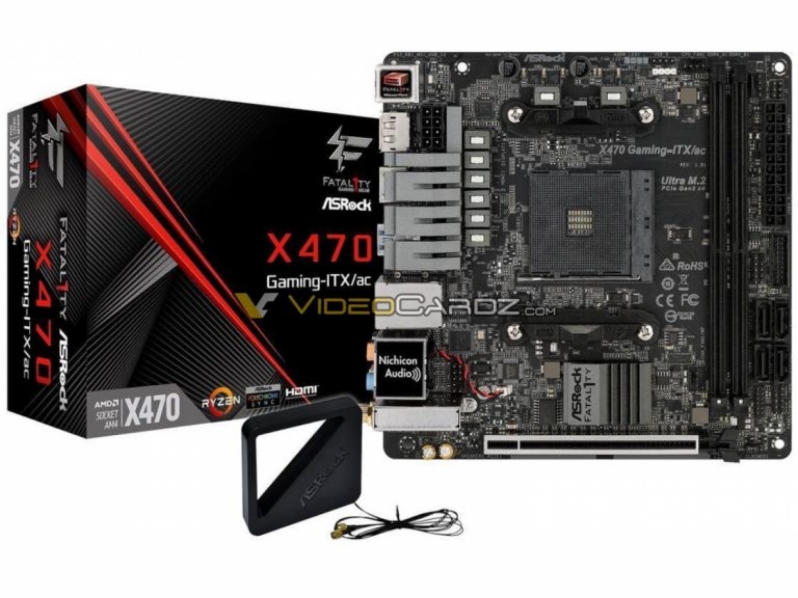 Raven Ridge/APU users will be happy to see that the X470 Fatal1ty Gaming ITX/ac will come with DisplayPort and HDMI display outputs, allowing integrated GPUs to be used with this motherboard.

You can join the discussion on ASRock's X470 Fatal1ty Gaming ITX/ac motherboard on the OC3D Forums.