The first of these two motherboards is the TR4 X399M Taichi, the world's only MATX Threadripper motherboard, offering support for quad-channel memory, three M.2 storage devices and support for up to 16 Ryzen CPU cores.

As the only MATX Threadripper motherboard in existence, the X399M Taichi offers AMD users the ability to push Threadripper into smaller form factors than ever before. This reduction in size allows users to create smaller workstations for the heavy workloads that AMD's TR4 platform is designed for, allowing such a high-end system to take up a lot less volume. The board's 11-phase power design will also ensure that even AMD's high-end 16-core offerings will be powered adequately, even when overclocked. It is also nice to see ASRock make use of some beefy VRM heatsinks, offering plenty of surface area for heat dissipation.

Here we have three PCIe 16x lanes for use with up to three full-speed graphics cards, alongside eight SATA connections and a single U.2 connection. This motherboard also contains onboard WiFi and a large number of USB 3.0 and 3.1 ports. 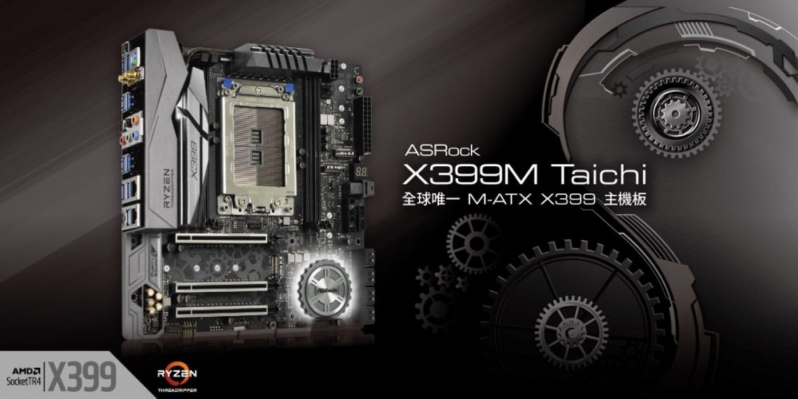 While this board isn't as well equipped as the X399M Taichi, it does offer everything that is required to make a full X299 workstation within the small MATX form factor. The compromises here are minimal, giving users a great reason to invest in a more compact system. 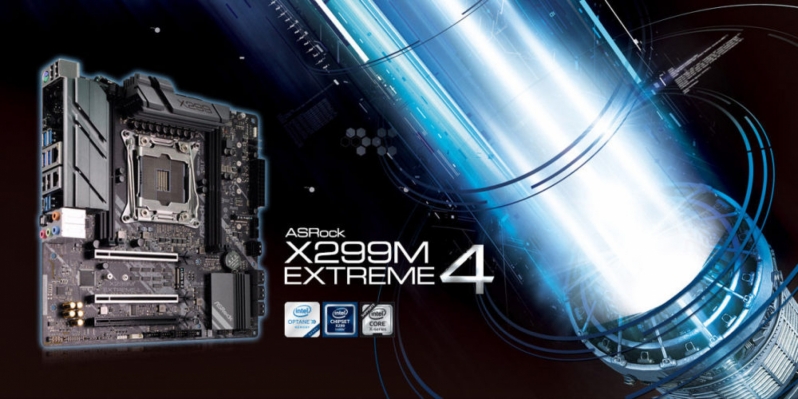 ASRock has not released the pricing or release date of either or these motherboards, though both are expected to be on display at CES next week.

You can join the discussion on ASRock's MATX Threadripper and Skylake-X motherboards on the OC3D Forums.

Eddie long
My word that board makes that socket look even bigger than it actually is ,Quote

g0ggles1994
Next AsRock will try and design an ITX TR for lulz, and yet still not a single X370 mATX *sigh*Quote

WYP
Hmm, my case is MATX... though I doubt I need Threadripper for what I do.Quote

AdmiralDonut
Quote:
Really hoping they correct this stupid oversight with the X470 boards. Thoroughly unimpressed with the lack of decent choices, size wise, for the current lineup.Quote
Reply