I guess ASRock has let the cat out of the bag

Intel upcoming 8-core processors have been rumoured for quite some time, though until now several aspects of these incoming SKUs have remained unknown, especially when it comes to backwards compatibility with existing motherboard.

Would Coffee Lake users need to upgrade to a new motherboard/chipset, or would today's motherboard's suffice? Thankfully ASRock answered this question, albeit unintentionally.

Videocardz has managed to snag an image of a new ASRock H310 motherboard, which now ships with a sticker which denotes 8-core CPU support, confirming that all 300-series Intel motherboards should support 8-core processors, assuming that they are using a compatible BIOS.

Intel reportedly has two 8-core unlocked processors in the works, their 8-core i7 9700K and their 8-core, 16-thread i9 9900K. Leaked specifications for these CPUs are available here. 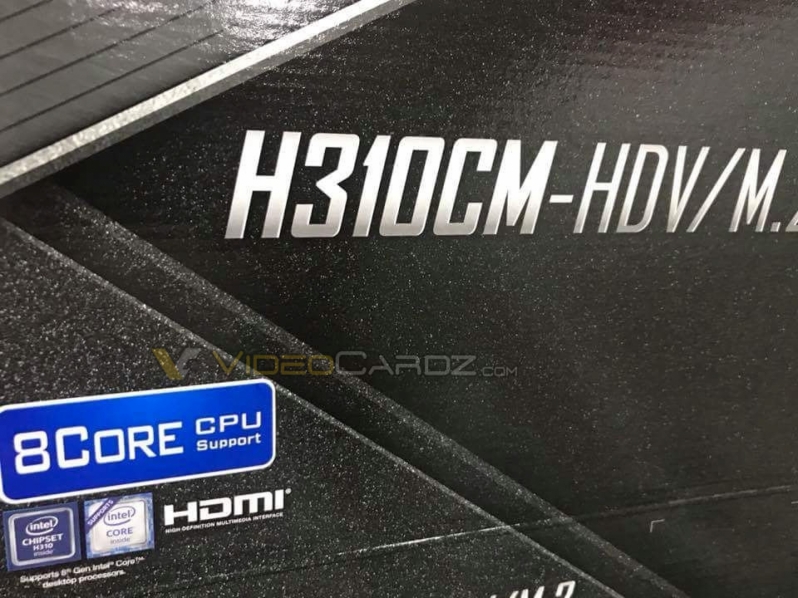 While it is encouraging to see an H310 motherboard advertise 8-core processor support, it is hard to see any user of such a low-end motherboard paying for a processor with such a high core/thread count. We don't see anyone below B360 purchasing a flagship-grade Intel processor.

You can join the discussion on ASRock shipping H310 motherboards with "8 core CPU support" on the OC3D Forums.

Dicehunter
That's good, Depending on the performance I may swap out my 8700K for the 9900K.Quote