Like ASUS and MSI before them, ASRock has confirmed that their existing X370, B350, X470 and B450 series motherboards will receive BIOS updates to support AMD's next-generation Ryzen processors, which are currently due to release in May.

With neither ASUS, ASRock or MSI supporting Ryzen 3rd Generation 7nm Zen 2 processors on their A320 series motherboards, it seems pretty clear that this decision comes from AMD, not their motherboard partners. This is likely due to the limited VRMs and capabilities of most A320 series motherboards, which are designed with cost efficiency in mind rather than performance, overclocking or high-end features. 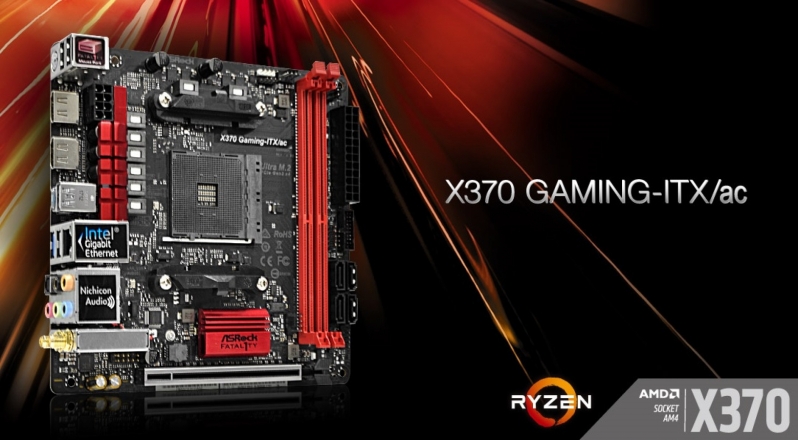 You can join the discussion on ASRock's plans to support Next-Gen Ryzen processors on their 300/400 series motherboards on the OC3D Forums.

AlienALX
Is any one surprised? it's like saying here, take this 18 core Skylake E chip and run it on your Z81 motherboard.Quote

g0ggles1994
Quote:
Agreed, but I think a lot of people's concerns were the Ryzen APUs and possibly Ryzen 3 lineup.
I think AMD really need to refresh their lineup of low cost Quad Cores for low end systems and OEMs. If the leaks are true that Ryzen 3 will be a hexa-core, Athlon should become a quad core.Quote

NeverBackDown
Well you also have to take into account power requirements and chipset limitations. Sure they more be more efficient but if AMD still added another 8 cores for Ryzen that's still going to require a certain degree of robustness that the cheap boards will lack. If they decide to support the low end stuff it just confuses the buyer and segregates the product stack. Sure it may not confuse us but we all know how computer illiterate people are..Quote

ET3D
Quote:
We currently have conflicting links of a 6 core Ryzen 3 and 4 core Ryzen 5 3400G. They don't go well together, and I tend to believe the 3400G's existence more.


Quote:
My ASRock AB350M-HDV supports only CPUs up to 65W, and far as I understand has Ryzen 3000 support in its latest BIOS. So I can't see power as a reason to not expand such support to A320. Also, AMD said that Ryzen 3000 will have the same TDPs as Ryzen 2000.Quote

tgrech
Quote:
The 3000G parts are unrelated to Zen2. G parts are a generation behind non-G for each series and AMDs confirmed that Zen+ APUs are coming as 3000 series parts in mobile while recent delidding of desktop 3000G parts confirm they're also Zen+.

However, 4C/8T are still sold as Ryzen5 non-G so I doubt they're going to drop two steps down out the Ryzen family altogether, especially when yields are still not as good as Zen1, unless Epyc is sucking up all the defect dies. Post-APU Athlon parts have always so far been cut from the APUs and there's no Zen2 APUs for quite a while so any upcoming Athlon's would likely be Zen+ leaving open Ryzen 3 for 4c/8t and 6c/12t(Bringing HT across the board)


Quote:
Not even Zen+ had the same TDP as Zen1, with a 10W increase to 105W. From mobo listings so far it seems more or less confirmed that max TDP will increase to 125W for the very top end parts, another 20Wish for an X part to give the higher core counts room to breath seems inevitable, especially since many consumer boards can handle 125W fine. (Unless they start doing an Intel and listing 150W+ processors with a 95W TDP or whatever like with the 9900K anyway. )

I think all the info regarding R3 starting at 6C and having crazy 3000G APUs are from an AdoredTV set of "leaks" that have already fallen flat in a few aspects and had some clear errors out the gate.Quote
Reply