Apple's moving from Intel to Apple.

Apple has started one of the largest transitions in its history, a move which will differentiate its Mac products from all others in the PC market. Apple's ditching Intel's processors, and to replace them they are looking towards their own silicon.

Within the smartphone and tablet markets, Apple is a silicon leader, offering ARM-based designs which deliver unrivalled performance levels. The combination of Apple's tight software integration and the platform-specific silicon optimisations have allowed Apple to deliver some of the world's best ARM processors. Now, Apple believes that they can scale these designs into the high-end market, creating a unified ecosystem which scales from iPhone to Mac Pro.

The simple fact of the matter is that Apple believes that it can innovate at a faster rate than Intel within the CPU market. Since 2015, practically all of Intel's mainstream processors have utilised the same fundamental CPU code design, spanning from Skylake to Kaby Lake to Coffee Lake to Coffee Lake-R and then Comet Lake. During that same time, Apple has transformed its Apple mobile silicon, delivering the fastest smartphones and tablets on the market.

With its transition to Apple silicon, Apple will create a truly scalable software/hardware ecosystem and give themselves full control of its future devices. Apple will no longer be held back by slow progress from Intel, or be burdened by issues from 3rd party processors. When using Apple silicon, issues stemming from Intel are cut from Apple's product stack, removing pesky speculative execution issues (which are seemingly uncovered monthly for Intel processors) while distancing themselves from 3rd party delays.

When using Apple silicon, Apple will have full control of its Mac roadmap and be free from reliance on Intel. This move is a double-edged sword, as Apple will need to execute its designs well to make this transition worthwhile, but if Intel's recent history is anything to go by, Apple has a lot to gain here.

Apple believes that it can do a better job at innovating within the high-performance CPU market, hoping to enable new features while delivering better performance per watt characteristics. Think of how long Intel has delayed its 10nm manufacturing process and how that impacts customers like Apple. Intel's performance in recent years did little to discourage the company's plan to move to its own silicon. 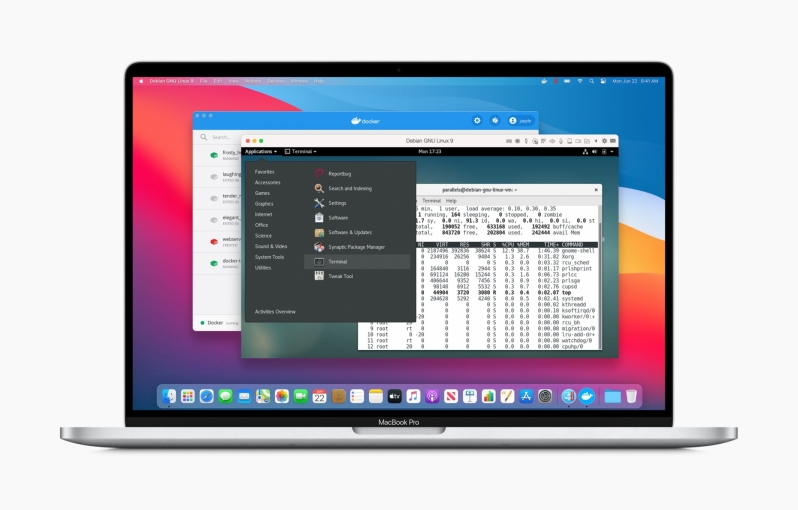 The Software Side - Big Sur

With Big Sur, Apple will also allow users to run Linux through their Visualisation technology and allow iOS and iPadOS applications to run on Macs without any modifications. Apple has also created a translation technology called Rosetta 2 to translate existing Mac applications so that they can run on Apple-powered silicon without an update.

Moving forward, Apple plans to utilise a common architecture across its entire product stack, using the same Neural Engine for machine learning, CPU core designs for compute and the same hardware acceleration features to speed up a wide variety of workloads. 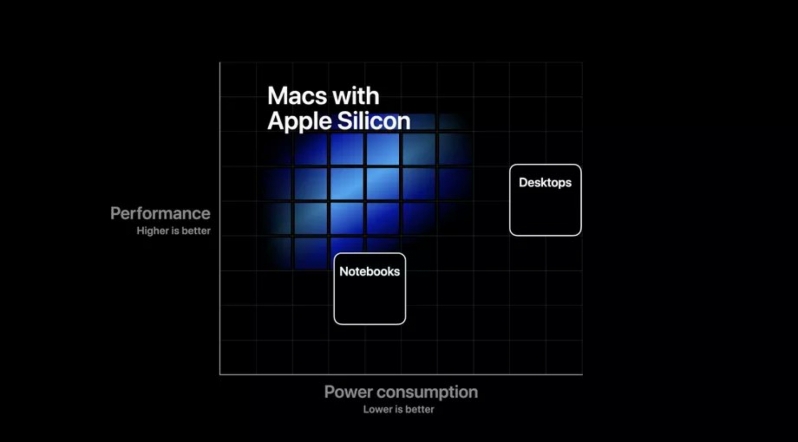 Apple's DTK is a development test kit, an Apple Mini which features Apple's A12Z Bionic SoC and desktop-grade specifications, including 16GB of memory, a 512GB SSD. This DTK must be returned to Apple at the end of the developer program. The program will cost $500 to enter.

You can join the discussion on Apple's plans to ditch Intel in favour of its own silicon on the OC3D Forums.

Avet
It will be fine for native iOS apps but asking Adobe and others to optimize for ARM... Uh... It will be a very bumpy road.Quote

Damien c
This may work out good for them, but as mentioned by Avet getting 3rd party companies to develop specific software options for a "ARM" cpu may not go to well, although given the market they probably will end up doing it.

Still wouldn't have one though, and would much rather be able to install Linux on my pc but given the games I play won't work on Linux even with Proton, then I am stuck with windows at least for now dependent on consoles, and then I will just need a pc for video recording etc and that won't need to be anymore powerfull than my current system.

I wonder if this is why they seem to be intentionally making Intel CPU's look worse when it comes to temperatures with pathetic cooling.


Also I wonder if this is the way they think they will stop "Hakintosh" machines being built.

Dark NighT
Quote:
When Apple was rocking Motorola's cpu's they were overly expensive as well, because they know they can get away with it, i doubt this will change with Arm.Quote

Avet
Sadly for the moment, Windows is a necessary evil.

I would love to use Linux full time. I was on Fedora recently for about two months. Most of the games that I play worked fine, but the software is nowhere near. No Adobe, no MusicBee, and drivers for Music production equipment don't exist. It was Hell trying to do stuff with alternatives.

Mac I could use if I win the lottery. It is smooth, app support is out of this world, but no games, and yes... The price.

Apple can do pretty much what they want.

They have fans that follow them blindly to the point of lunacy. I was explaining for two hours to a friend recently that PC has more powerful hardware than Mac. He actually believed that those ancient AMD FirePro cards in the new Mac Pro are on pair with Titans and Quadros... And he knows a bit about computers.

With that massive fanatic fanbase, they can force software developers to do anything. Bigger ones may complain and ask for some compensation, but all those smaller ones will just need to obey.

Imagine the number of bugs, upon bugs, and then some more bugs with instability when all those ports start interacting with each other.

Edit: Apple is in war with Nvidia, now they are ditching Intel. They already have a deal with AMD for the GPUs. Why don't they just use Ryzen CPUs? Imagine that. Mac Pro with Threadripper and Big Navi. Now that would be a proper workstation.Quote

WYP
Quote:
AMD isn't ahead of Intel in all areas, and Apple wants to add some of its secret sauce to their future Mac SOCs. AMD hasn't focused on putting any AI compute onto its processors, whereas Apple has focused heavily on it.

One has to wonder if Apple has plans to scale up its graphics chips. The latest iPad are surprisingly good systems for basic video editing.Quote
Reply