For starters, AMD has confirmed that Zen 3 will release in 2020, that Zen 4 will be built on a 5nm process and that RDNA 3 is in the works. AMD plans to build the best products for gaming, supercomputing and home systems, requiring some major architectural changing moving forward. 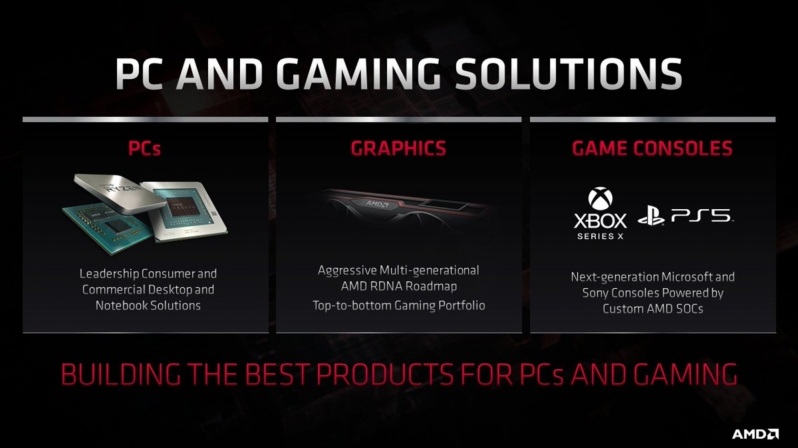 Above, you will see a teaser for a future dual-fan RDNA graphics card, a gaming GPU that looks fairly similar to Nvidia's RTX Founders Edition GPUs. AMD plans to adopt the latest process technologies aggressively, seek domain-specific architectural optimisations and deliver efficiency improvements with every generation. 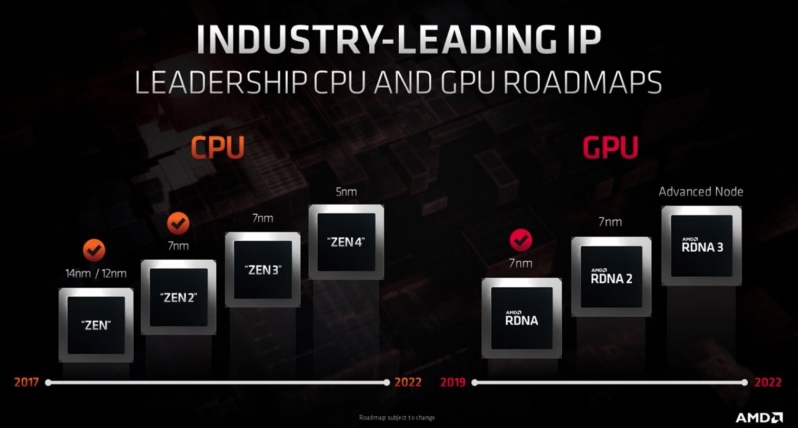 In the future, AMD plans to take its multi-chip approach to new levels, detailing what they call an "X3D" packaging, utilising the benefits of both 2.5D and 3D packaging techniques.

At this time it is unknown when AMD will create these super 3D chips, but it's good to know that AMD is already investing in this technology. 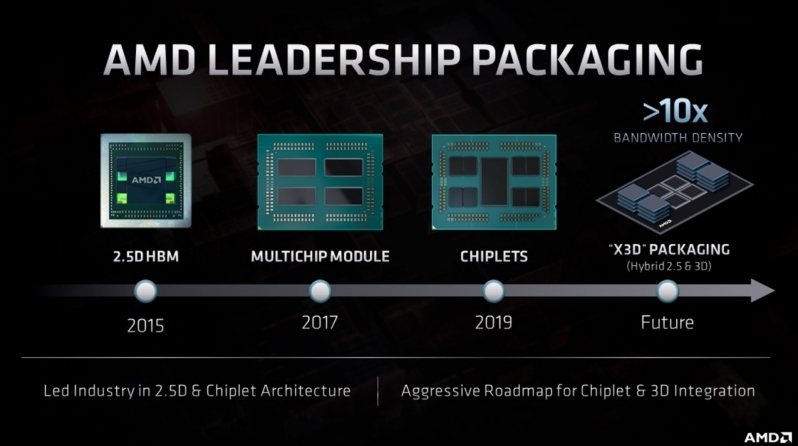 AMD's plans don't end with Zen and RDNA, and the company's newfound profits will only help increase its R&D spending and its rate of innovation. We look forward to seeing these efforts bear fruit in AMD's next-generation products.

You can join the discussion on AMD's Zen and RDNA roadmaps on the OC3D Forums.

AlienALX
All they need is a good GPU and I am hopeful about that. More so than in a long time for AMD.

I'm so glad they are finally dumping GCN. It was bad from the start.Quote
Reply