AMD has finally shown off their first "Summit Ridge" CPU to the world, the first of many AMD CPUs that will be using the companies new Zen CPU architecture and one of the first AMD Socket AM4 CPUs.

This new CPU will come with a total of 8 cores and 16 threads and 40% more instructions per clock than AMD's previous CPU architectures, meaning that this CPU will be offering significantly higher performance than AMD's current CPU lineup, potentially making them competitive with Intel again.

The CPU will be coming to the AM4 platform, which will support DDR4 memory, allowing AMD's Zen CPUs to use faster and lower power memory than AMD's current CPUs. 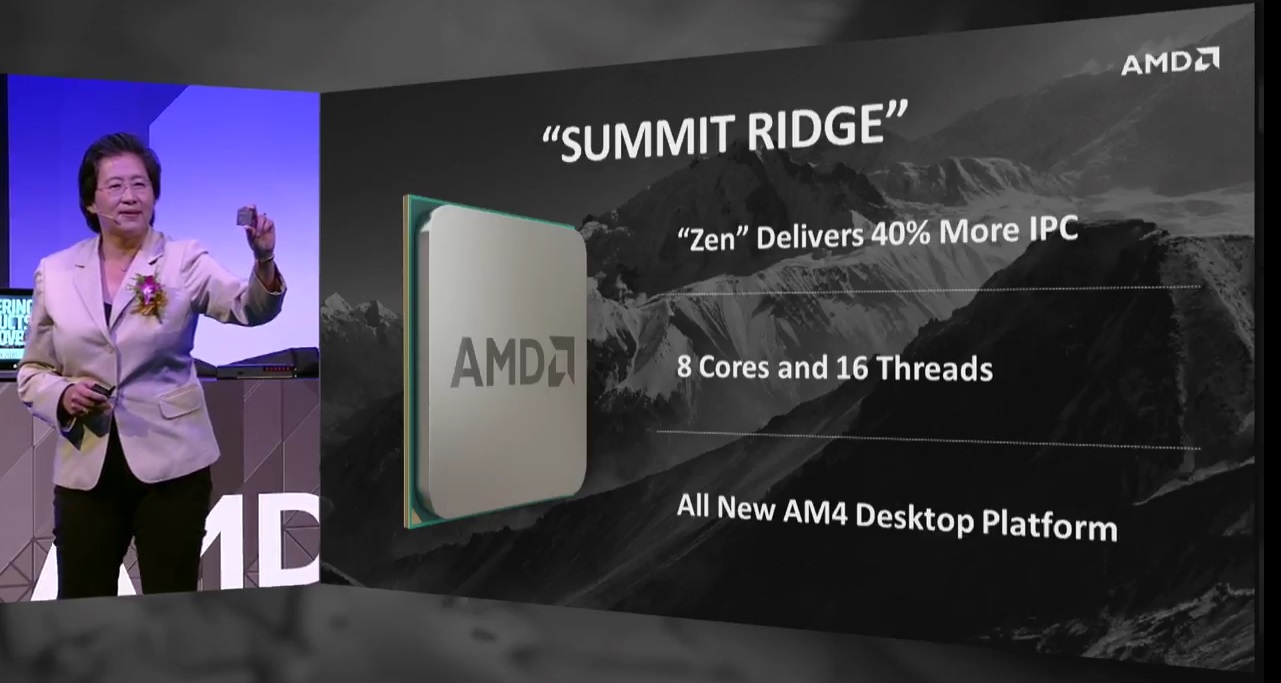 AMD's Summit Ridge CPUs will be built on the same 14nm process as their Polaris GPUs, allowing AMD to create some ultra efficient APUs in 2017, with the company also targeting the high-end server market with Zen based CPUs with larger CPU core counts.

Zen will be arriving on the desktop first, giving us consumers the chance to try Zen for ourselves later this year. While the release dates for Zen and the AM4 platform remains unknown, AMD's CEO Lisa Su has confirmed that Zen will be sampling to partners within the next few weeks and will be sampled widely in early Q3, which is a good sign that we will be seeing Zen hit store shelves by the end of the year. 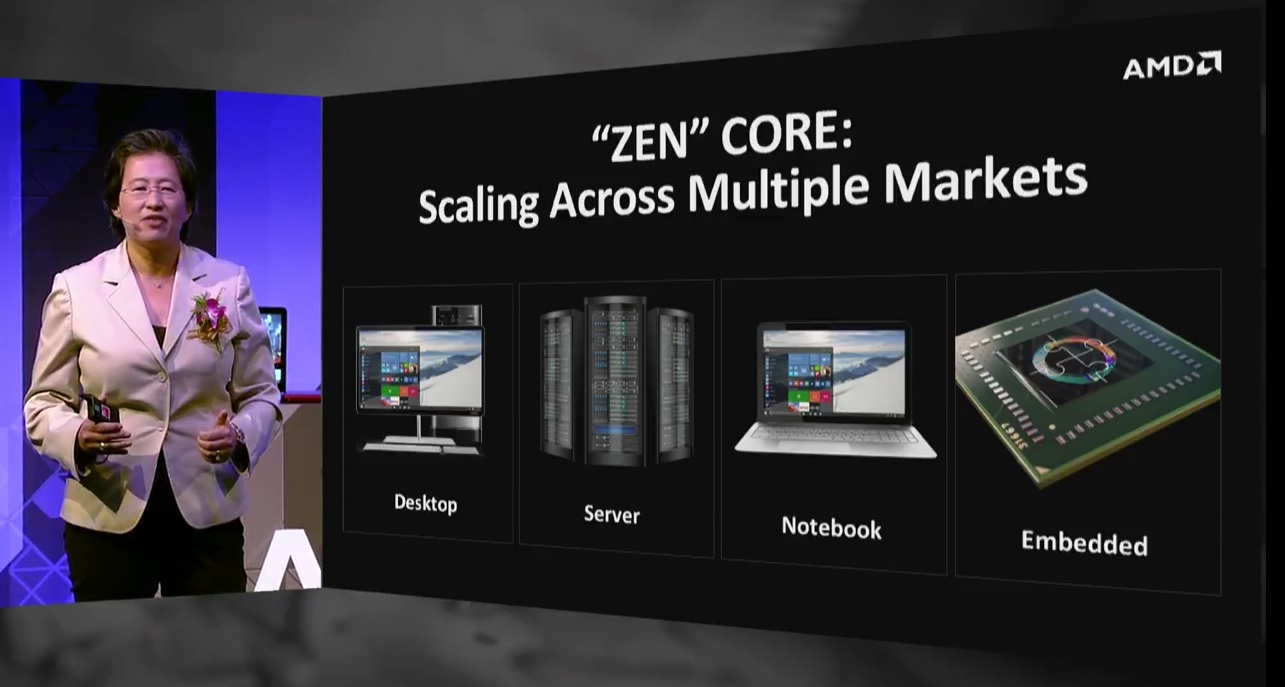 AMD has stated that Zen will be a return to the high end for AMD, which is certainly something that PC enthusiasts have been crying out for. Let's hope that this CPU will finally bring AMD back into the CPU game fully and not be another disaster like Bulldozer.

You can join the discussion on AMD showcasing their first Zen CPU on the OC3D Forums.

AMD has shown their first Zen "Summit Ridge" CPU, which is coming to AMD's AM4 platform. https://t.co/wsS0dpogH8 pic.twitter.com/wzIvazBahp

Daiyus
I really hope these turn out well. It'd be great to see some varied builds for once instead of every gaming rig having an i5-6600k in it.Quote

Kushiro
Get me my 20 core CPU!! Wouldnt even care how it performs

shambles1980
i imagine it is actually really 8 cores this time. so thats where the extra performance is coming from..
Atleast i HOPE its really 8 cores now.Quote

NeverBackDown
It is really 8 cores. Just like the last one.. difference being each core isn't sharing half the resources constantlyQuote

Zoot
Quote:
I hadn't expected that part to actually happen. There were lots of things that pointed to a 2017 release for Zen.

Nonetheless that's certainly hopeful! That is assuming it's not a paper launch again.Quote
Reply