AMD's new Ryzen CPUs have only recently launched and already rumours are appearing about what will be coming to replace it. Today we have heard that AMD's planned Zen replacement will be called Pinnacle Ridge, replacing Summit Ridge with their Zen 2/Zen+ architecture.
It is unsurprising that the engineers over at AMD are already working on replacing Ryzen, as after all Ryzen is only the beginning, the start of a new architecture that will no doubt have plenty of room for improvement. Right now, Pinnacle Ridge is expected to launch in early 2018, though before then AMD will no doubt have worked tirelessly to improve the software ecosystem for Ryzen, be it with new BIOS revisions for motherboards and direct software optimisations with developers.
Many of us will remember the below slide, which not only promised that Ryzen would have a 40% instructions per clock improvement but also that there were further gains to be had moving forward with their future "Zen+" architectures. 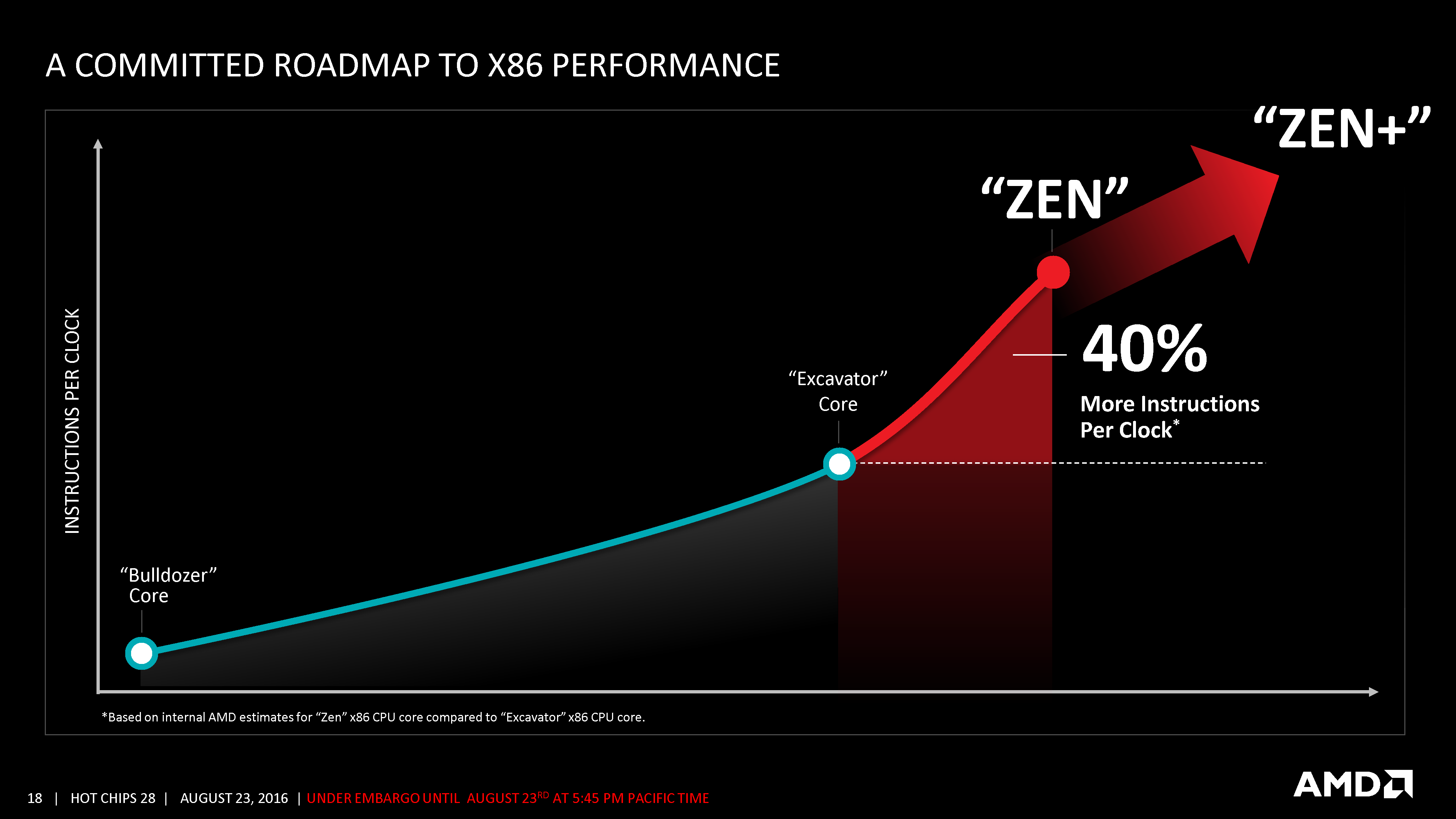 For many, Ryzen's launch has been a rocky one, with PC builders struggling to find compatible coolers, finding stock of their preferred motherboard designs and difficulty using high-speed DDR4 memory with early BIOS revisions. These issues should fade away over time as AMD and their partners work on improving the software ecosystem for Ryzen and stock levels for motherboards stabilise.

There is no doubt that Ryzen is the most competitive product that AMD has released in many years, leaving us excited to see exactly where AMD goes next with this new CPU design. Will Zen+ offer incremental improvements like Piledriver, or will it be something a little more transformative?

You can join the discussion on AMD's Zen+/Pinnacle Ridge CPU architecture on the OC3D Forums.

Bagpuss
Quote:
I'd rather they gave it better overclocking TBH.

If Ryzen could hit a minimum 4.5Ghz on air then it's shortcomings against the 7700K in gaming would be pretty much wiped out.

Ryzen sales would surge if they just sorted out it's gaming performance, especially for the upcoming R5 release, which are the real competitors to the 7600K & 7700K.Quote

AngryGoldfish
IPC's are good. It's the clock speeds and software that seems to need improving.Quote

I don't care what way they go about it, just that they have a decent improvement in performance.Quote
Reply