All Ryzen CPUs are overclockable, but Zen-based Athlons are locked

Earlier this week, AMD officially revealed their first Zen-based Athlon series processor, taking on Intel in the low-cost desktop market, an area which has been dominated by the Pentium brand for quite some time.

Unlike AMD Zen-based Ryzen processors, which all feature an unlocked multiplier, AMD's Zen-based Athlon processors will ship without support for overclocking, making them the first Zen-based processors with such a limitation.

The Athlon 200GE is designed with a price point of $55 in mind, making it ideal for budget PC builders, especially those who want a basic office machine for word processing, internet browsing and video playback. These kinds of systems are not built with overclocking in mind, making it a useless feature for most perspective Athlon users. It is also worth noting that similarly priced CPUs from Intel also lack support for overclocking. 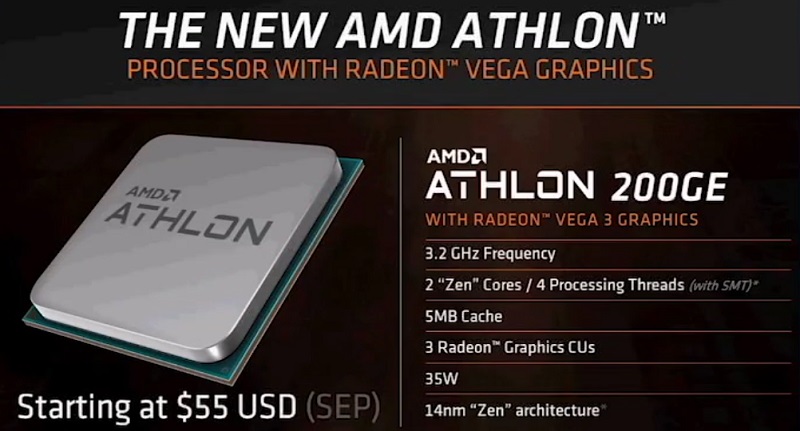 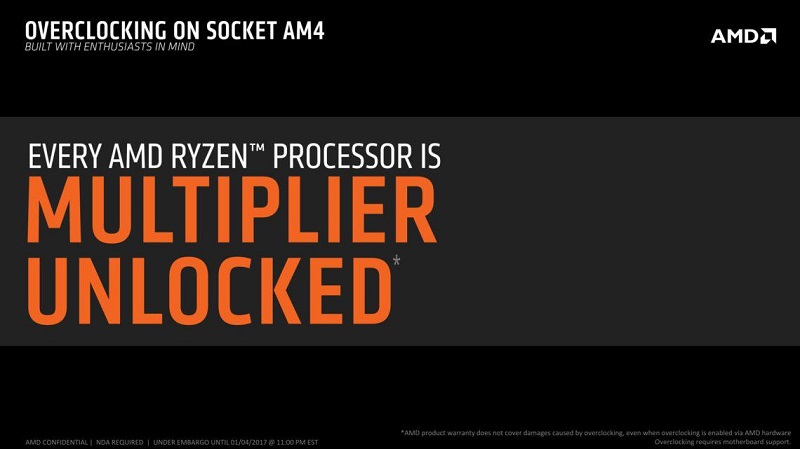 You can join the discussion on AMD's Zen-based Athlon processors shipping with a locked multiplier on the OC3D Forums.
«Prev 1 Next»

NeverBackDown
Not a bad thing really. This isn't meant for those applications. By locking it, it allows cheaper boards to be put in place since they do not have to account for overclocking.Quote

Dark NighT
Quote:
Yeah most people that would buy these are probably never going to think about overclocking it, and the few that would, should probably get something else that can.Quote

Digikid
Heh. oh look a rebranding of the old Sempron.