AMD plans on enabling this feature with future firmware revisions

One of the biggest features of AMD's X399 platform is its support for 64 PCIe lanes (4 are dedicated to the chipset), allowing it to be used with more PCIe devices than Intel's similarly priced X299 Skylake-X hardware.

While these extra PCIe lanes will be useful for those who use multiple GPUs or NVMe SSDs, it has been discovered that AMD's TR4 platform does lack what could be considered as an important feature, NVMe RAID.

In a recent report from Tom's Hardware, it has been reported that hardware NVMe SSD RAID is not supported on X399, though AMD is working on a solution to this problem. At this time there is no release timeframe for an NVMe RAID update, so it is safe to say that this feature will not be available at launch. 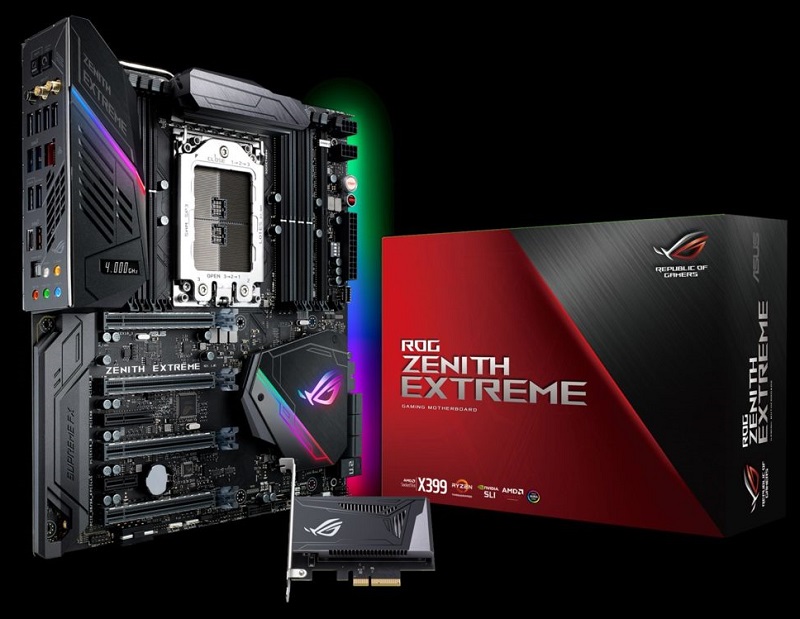 While many will not consider the lack of NVMe RAID capabilities at launch, it is certainly an issue that some will consider worthy of consideration, depending on their own storage requirements.

You can join the discussion on AMD's TR4/X399 platform lacking support for bootable NVMe RAID configs on the OC3D Forums.

Gothmoth
Quote:
quiz... replace one word with "RAID" to correct the sentence.

Gothmoth
Quote:
by the way

"....and god said those who use RAID 0 shall suffer data loss and grieve.Quote

Bridges
I would like to see OC3D do some testing on NVMe Raid 0 to see if the difference is appreciable, even if it's a more casual thing like the old multi-GPU vids.Quote

tinytomlogan
Quote:
Its hard to get drives - all our NVME drives have full OS and testing suites on them. We actually have an M.2 NVME and a 2.5" SSD for every platform.

SSD are actually pretty difficult to get enough of let alone have spares blank for stuff like this.Quote