Don't try this at home

Let's be clear here; you'd be crazy to use your processor without a cooler. There's a reason why most CPUs whip with heatsinks and why all laptops integrate potent cooling solutions into their designs. Even so, one has to wonder what will happen if one were to remove the heatsink from their processor and point a thermal camera directly at the CPU.

When using AMD's Ryzen 3 4300U APU (an AMD Ruzen Mobile processor with an integrated GPU), the YouTuber FritzchensFritz decided to take a look at their processor without its heatsink attached. By using a tool called "Ryzen Mobile Tuning", the thermal limit of this mobile processor was limited to 90 degrees celsius. the processor was cooled by nothing aside from a nearby 120mm fan, which operated at 5V to deliver steady, albeit weak, airflow.

While testing this processor, FritzchensFritz discovered something remarkable. Not only could AMD's Ryzen 3 4300U boot into Windows without a heatsink, but it could also run Crysis. If nothing else, this feat showcases the potential of the overheating protection safeguards that are offered by AMD's latest Ryzen mobile processors.

This little test shows how good the overheating protection for AMDs new Ryzen Renoir APU performe. The little tool "Renoir Mobile Tuning" helps to set the original temperatue limit down to 90°C. Thermal resolution is 384 x 288. The 120mm fan runs at 5V and produce a low and constant airflow.

In their video, FritzchensFritz was also able to run 3DMARK Time Spy, FurMark and other power-intensive applications. Yes, AMD's processor is throttling itself to prevent thermal damage, but the fact that the chip can even do that without crashing is an incredible feat.

While nobody should ever use a mobile CPU without cooling, it is incredible to think that AMD is able to create a processor which can run Crysis without a heatsink. Yes, the framerates aren't great, but at least it runs. 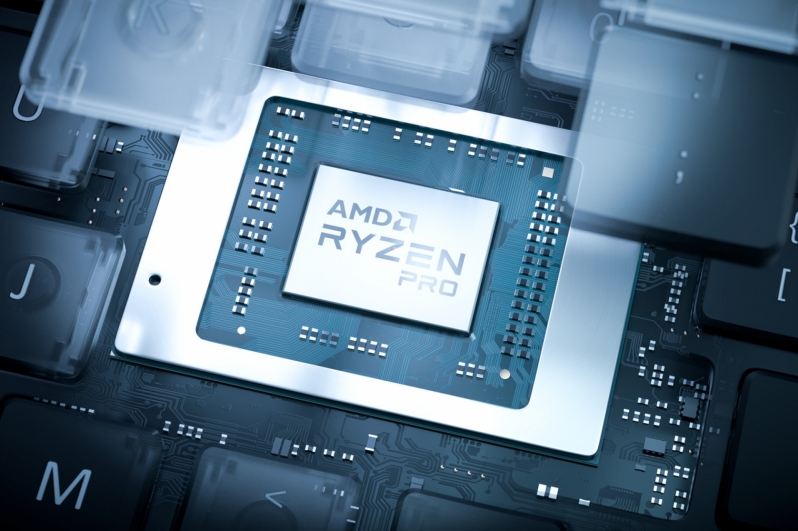 You can join the discussion on AMD's Ryzen mobile CPUs running Crysis without a heatsink on the OC3D Forums.