According to our source, AMD's Ryzen 7 5800X3D is outselling all other processors at some retailers, even outselling Intel's latest processor. These high sales have made demand outstrip supply, forcing AMD to increase the price of their V-Cache enhanced processor, at least in effect.

Below are the current prices of AMD's Ryzen 7 5800X3D at three of the UK's most popular components retailers. 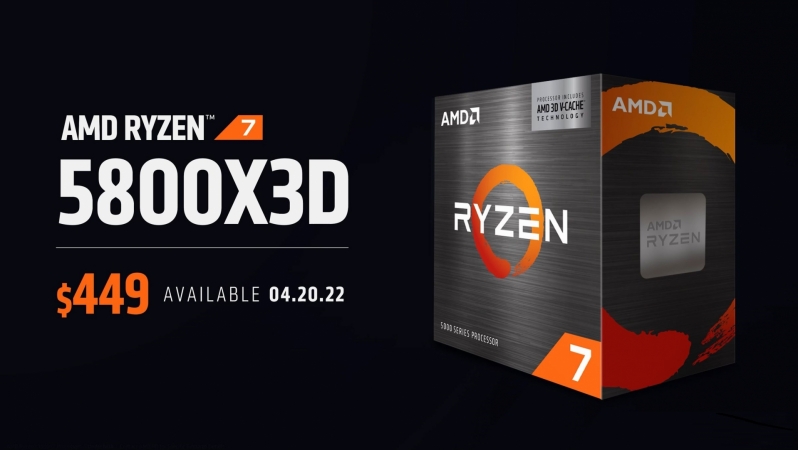 With AMD's Ryzen 7 5800X3D outselling AMD's newer Zen 4 based Ryzen 7000 series processors, we must ask why AMD's AM4 gaming flagship is outselling the company's newer products. The answer to this question is simple, AMD's AM5 motherboards are too expensive.

Even AMD's most basic AM5 motherboards cost around or above £200, and premium models can cost well over £300. Those prices are huge when compared to older AM4 motherboards, and high DDR5 memory pricing is not helping matters. If AMD wants its Ryzen 7000 series processors to achieve stronger sales, they need to find a way to lower motherboard pricing. Lowering the platform costs of AM5 will encourage sales.

For games like Factorio and Stellaris, AMD's V-Cache technology is a game-changer, and can make AMD's Ryzen 7 5800X3D more powerful than AMD's Zen 4 Ryzen 7 7700X. That said, AMD does have plans to release new V-Cache enhanced Zen 4 processors next year. For gamers, the addition of V-Cache gives gamers a generational leap in performance over other Zen 3 series AM4 processors in many titles, making it the strongest gaming processor that's available to AM4 motherboard users.

You can join the discussion on AMD's Ryzen 7 5800X3D pricing on the OC3D Forums.