If AMD's Ryzen 7000 series had one problem at launch, it was its overall platform costs. Simply put, the combination of AM5 motherboards, Ryzen 7000 series processors, and DDR5 memory is too expensive for many consumers. On top of that, Intel has launched their aggressively priced 13th Generation Raptor Lake processors, placing AMD under additional pressure. Today, we have learned AMD's response, price cuts.

These price cuts make AMD's new Ryzen 7000 series processors a lot more appealing when accessing their value for money. Beyond that, DDR5 memory is steadily becoming less expensive. These two driving factors have significantly lowered AMD's AM5 platform costs, though their AM5 motherboards remain expensive. 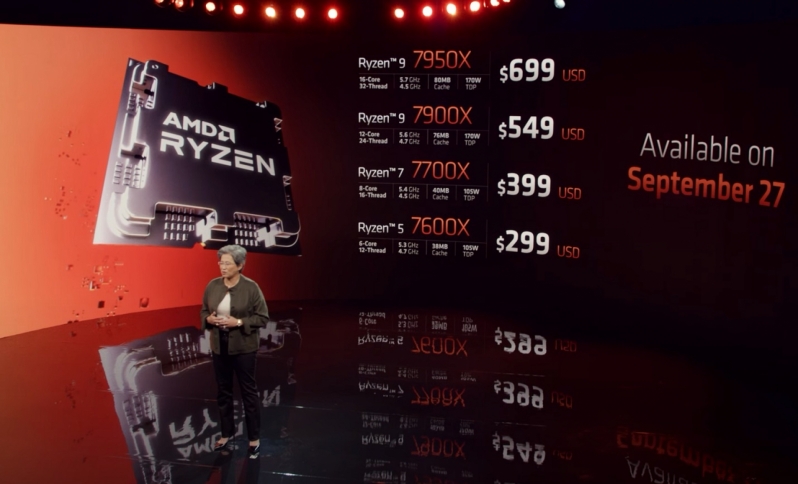 With many of the world's nations facing recession and their populations facing a "cost of living crisis", it makes sense for PC builders to want more value for money from their purchases, and for high cost items to remain on store shelves. AMD is significantly cutting their margins with today's price cuts, but that's what happens in a competitive CPU market within a credit crunch. Consumers need more value, and AMD has provided that.

You can join the discussion on AMD's Ryzen 7000 series price cuts on the OC3D Forums.

AngryGoldfish
That is actually a big enough price cut to be competitive with an Intel equivalent B660 system with DDR5. Yeah, you could technically go B660 and DDR4, but I think DDR5 is slowly becoming worth the extra investment if it's within means.Quote
Reply