Is this how much Zen 4 will cost?

Thanks to WccfTech the launch day prices for AMD's Ryzen 7000 series Zen 4 processors have leaked, and the good news for PC builders is that AMD appears to be launching their next-generation Zen 4 CPUs with the same MSRP prices as their current-generation Zen 3 counterparts. 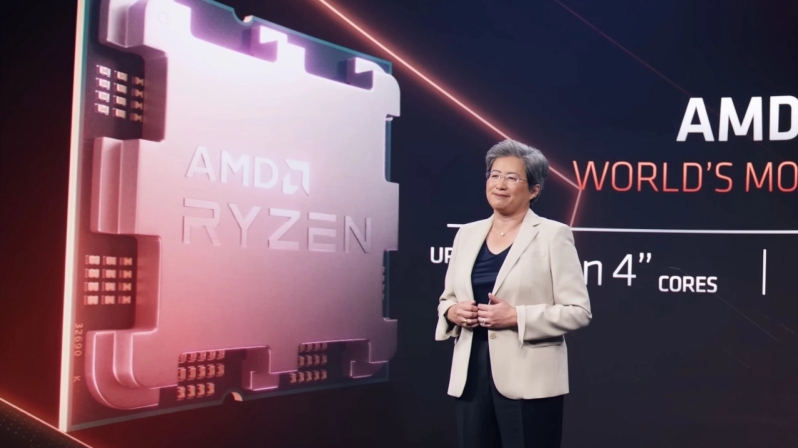 What does Zen 4 offer PC users over Zen 3?

AMD's new Zen 4 architecture is the newest and most performant core design to date, using 5nm TSMC lithography and new core enhancements to deliver users more per-core performance than ever before.

With Zen 4, AMD has already confirmed that their Zen 4 processors should clock a lot higher than their Zen 3 counterparts, delivering notable gains in single-threaded and multi-threaded processor performance. Add on new features like AVX-512, AMD's expanded L2 caches, and other architectural enhancements, and Zen 4 should deliver PC users a significant performance uplift over Zen 3 across a variety of CPU workloads.

You can join the discussion on AMD's Ryzen leaked 7000 series CPU prices on the OC3D Forums.

AlienALX
It's OK I guess.

From what I read the non 3D models will have around 7-9% IPC uplift over 5000 series. So not that impressive..... Until you see the clocks. I'm hoping that now we are passing 5ghz it actually makes a noticeable difference. Should in gaming.Quote

Peace Đ
Quote:
It most likely will, but only @1080p. Increasing the resolution makes the CPU less relevant from what I've learnt recently.Quote

KingNosser
I have the feeling the x3d versions people will wait for, so even the launch prices will fall.Quote

AlienALX
Quote:
Those will be the ones to have. For sure.

Like from what I am hearing the 7700X is about the same as a 5800X3D, only with higher clocks. So won't the real Ryzen stand up... Basically yeah, wait for the 3D models. This also explains to me why they called it the 7700x, because the 7800X will be 3D and much faster.

That explains to me why they launched these now. They *are* disappointing. The IPC uplift is absolutely tiny, and they are literally relying on the clocks.

The main problem as I see it now? DDR5. Even though it has dropped considerably in price it is still double the price of DDR4. And is it worth it here? no, not really.

I would imagine these chips will tumble in value once Intel show RL, and the real next gen Ryzens come out. These are a small shrink, and don't include their latest technology.

So that means don't pay RRP for one of these. Not yet. They absolutely will drop in price and become AMD's budget models once the big ones come out. And I don't mean big as in more cores ETC, I mean the really fast high end ones.Quote

KingNosser
Yea ddr5 is still pricey, but for people on older generations it makes more sense than buying into a older platform, not so sure RL will be much different but moving forward with ML AL then yes i can see some gains. Really depends on how AM5 grows but at least it has support until 2025. The x3d's if too close in price to the non is going to make prices fall i feel, but then they will anyway as Intel and AMD are closer to each other than in a while.

If I ever do upgrade this system it'll be at the end of AM5 and being honest atm idk how i'd do anything, putting the GF through college is my focus these days, it's resonable at least.

My system is fine for a while and stopped buying games just going to time out the humble as well each month pick things up on sale few i want but yea not paying for it, even thou i often use cdkeys etc.

I think it makes sense to go AM5 if your ready for an upgrade you know Intel will change socket much sooner so tbh it makes more sense imho.Quote
Reply