The ideal CPU for the Â£150ish gaming CPU market?

Slides for AMD's rumoured Ryzen 5 3500X processor have leaked, detailing a new low-cust Zen 2 part which hopes to challenge Intel's i5 series in the £150 CPU bracket.

With a price tag of $159, and a access to six Zen 2 cores and six threads, the Ryzen 5 3500X plans to deliver to gamers ample performance while delivering PCIe 4.0 support and support for overclocking, like all other Zen 2 Ryzen processors.

The CPU's base/boost clock speeds of 3.6/4.1GHz perfectly match the specifications of AMD's previously leaked Ryzen 5 3500 processor, suggesting that AMD has either changed the name of the CPU to add some of that X-series branding. Alternatively, this older leak may have just missed that minor detail. 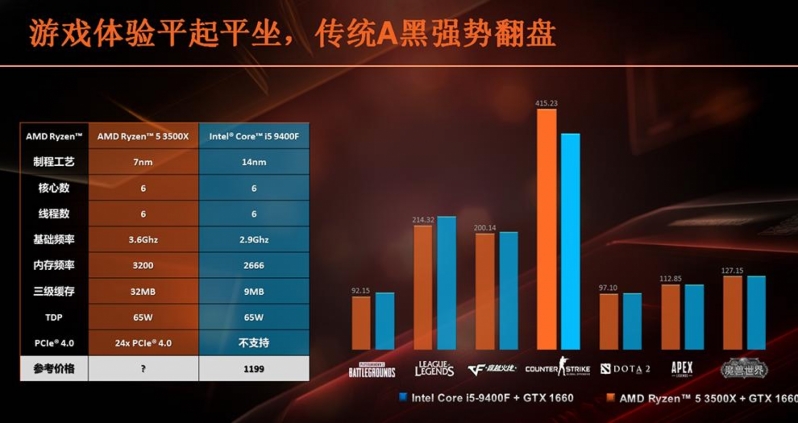 AMD's leaked slides showcase similar levels of gaming performance to Intel's i5-9400F, though it is worth noting that Intel's processor will lack support for overclocking. This factor will give AMD users a distinct advantage if end-users want to overclock their systems. 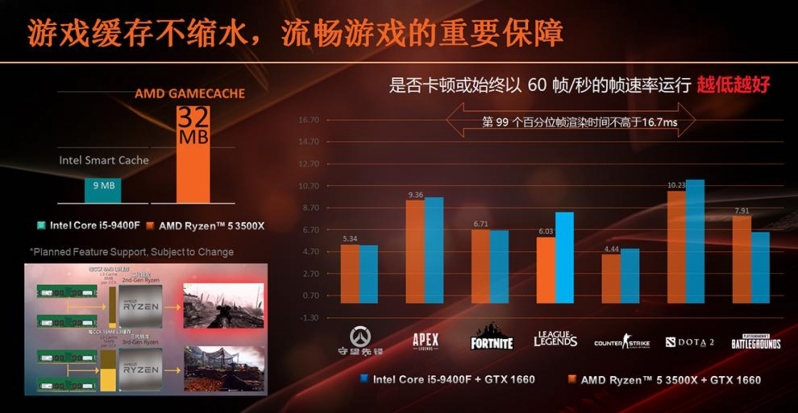 If these rumours of a Ryzen 5 3500X are true, AMD has the potential to cause a major shake-up of the low-end PC market, as Intel's sub-£170 Coffee Lake offerings are currently made up of quad-core i3 processors. Once again, AMD could offer PC builders more cores for their money.

You can join the discussion on AMD's rumoured Ryzen 5 3500X processor on the OC3D Forums.

Linchpin
Thinking overclocking will give it a boost seems like a stretch given how the rest of Ryzen 3000 series is effectively non-overclockable. Given that AMD generally relies on higher speed RAM as well they better nail the pricing of this thing just right and undercut the 9400f by a healthy amount.Quote

Zoot
AMD is really hitting Intel hard in the mid range. There really isn't much point to getting an i5 anymore with the R5 3600 around, this will just add that.Quote

NeverBackDown
If you aren't aiming for 240fps at 1080p then there isn't all much point in getting Intel these days. Zen 2 can hit 144+ easy and consistently.

AMD has just made solid CPU's that force's users to spend top dollar for the best pure performance and many people aren't willing to do that for what Intel charges. AMD hit the perfect spot. So I'm in agreement with Zoot here, adding this just adds on top of their placement atm.Quote