Expect Zen 3 CPUs this year, but not this summer

Back at the company's 2020 Financial Analyst Day, AMD confirmed that it planned to release Zen 3 processors in late 2020, killing off rumours of a Summer 2020 launch for the company's Ryzen 4000 series of processors.

Now, a report from Digitimes, which was referenced by ComputerBase, claims that AMD's Ryzen 4000 series of Zen 3 desktop processors are due to release in September, with some sites stating that AMD originally planned to launch the series at Computex 2020. To be clear, AMD was never going to launch Zen 3 at Computex, that event is too early for the Ryzen 4000 series desktop CPUs. AMD has always called Zen 3 a late 2020 product.

At best, AMD's Computex 2020 plans revolved around Ryzen Mobile, mainstream B550 motherboard reveals and confirmation that Ryzen 4000 series desktop processors would support today AM4 motherboards through new BIOS updates. Perhaps AMD would have released some architectural details about Zen 3, but we wouldn't expect a product reveal.

AMD's Zen 3 processors are due to be manufactured on an enhanced 7nm node from TSMC and feature new architectural optimisations. Right now, a 10-15% IPC boost is expected for Zen 3, as is a clock speed boost for AMD's Ryzen 4000 series desktop processors. 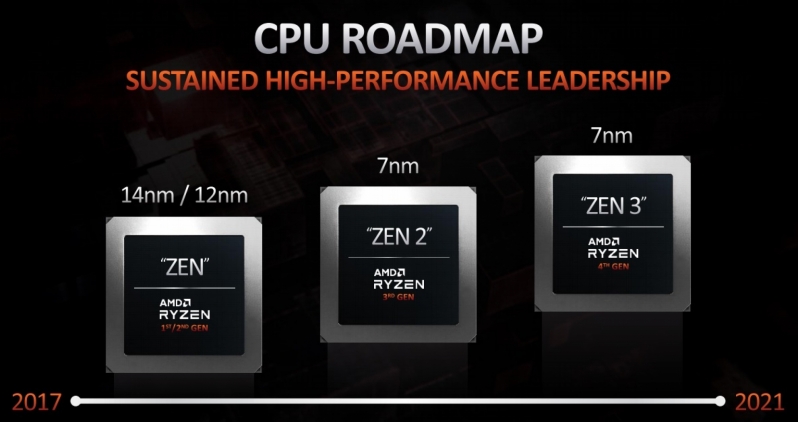 Launching new products in September would be a wise move from AMD, as it places them in a great position to take advantage of PC gamers who plan to upgrade their systems before Sony and Microsoft release their next-generation consoles. Zen 3 can boast architectural improvements and higher clock speeds than the chips used within the PlayStation 5 and Xbox Series X, making them very attractive to PC gamers. If this launch is timed well, AMD could also offer upgrades RDNA 2 based graphics cards, the same architecture that powers the next-generation of games consoles.

You can join the discussion on AMD's rumoured September launch for Zen 3 based Ryzen 4000 series desktop processors on the OC3D Forums.

AngryGoldfish
It'd be pretty impressive if they did get these out in September.Quote

Dicehunter
I'm set on the CPU front until next year at least, What I want is a beefy AMD GPU.Quote

Warchild
Quote:
He says until the new one comes along...

NeverBackDown
Quote:
Its why we love him