New Ryzen CPUs are on the horizon

Both CPU models are listed as AuthenticAMD Family 23 Model 8 Stepping 2 products, given them the same family name as other Ryzen 2nd Generation offerings, confirming that these processors are 12nm Ryzen 2nd Gen products. Further confirmation comes when we see that both CPU have 8MB of L3 cache, which is 4MB more than AMD's lower-end Raven Ridge silicon can offer, which means that these CPUs are not higher clocked versions of AMD's Ryzen 3 2200G and Ryzen 5 2400G.

Both benchmark results are achieved on ASUS' Prime X370-PRO motherboard with 3200MHz DDR4 memory, with both products offering higher single-threaded and multi-threaded test results than their predecessors, at least when comparing these results to our 1300X and 1500X benchmarking data. 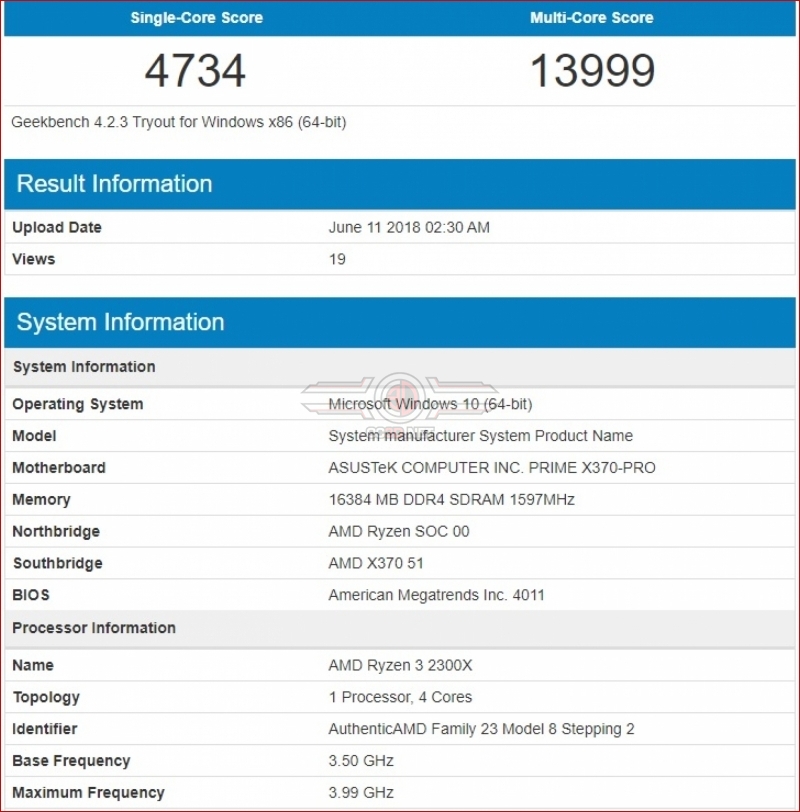 If the specifications listed on Geekbench are correct, AMD's new Ryzen 3 2300X and Ryzen 5 2500X offer boost clock speeds that are 300MHz higher than their predecessors while maintaining the same base clock speeds. After combining this with AMD's Precision boost 2.0 technology, users should see higher clock speeds in all multi-threaded workloads.

AMD's other Ryzen 2nd Gen improvements like AMD's lower latency cache tech should also allow AMD to deliver increased performance in select workloads, though what remains unknown here is whether or not these new CPUs are using a single CCX or Multi-CCX design, as their 8MB L3 Cache layout could, in theory, support both a 4+0 or a 2+2 setup.

Strangely, the Ryzen 5 2500X seems to have had an L3 Cache downgrade when compared to its predecessor, offering 8MB of L3 Cache instead of 16MB, though this could be a misreading from Geekbench's software.

Below are all of the specifications listed in Geekbench's database. 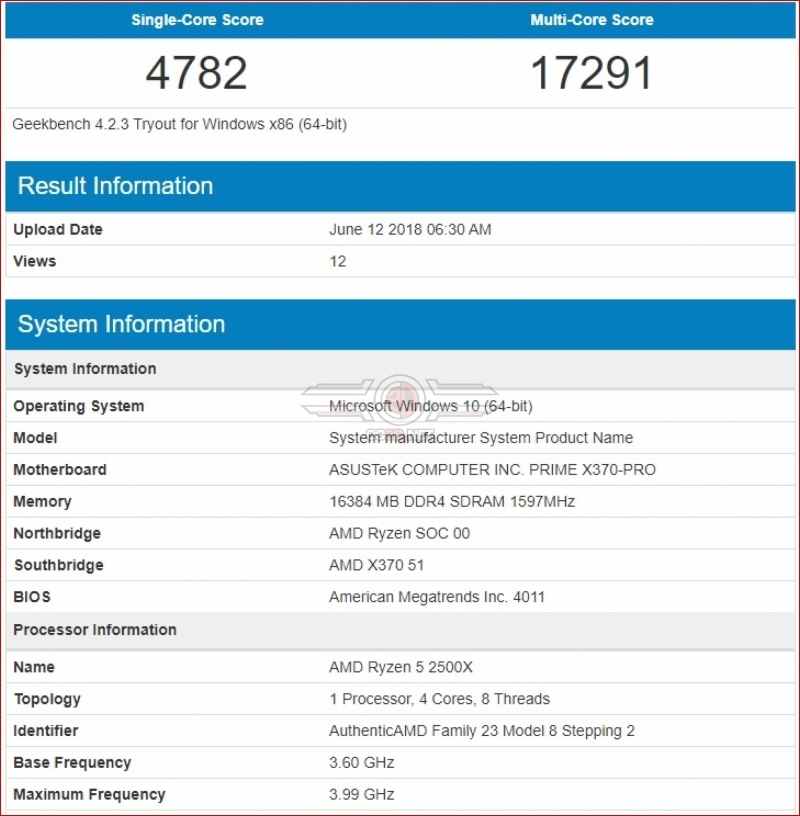 These new processors are designed to fill the lower-end of AMD's Ryzen 2nd generation processor lineup, though at this time it is hard to know how they will fit, as AMD's Raven Ridge APUs offer lower CPU specifications and include integrated graphics, making these new processors an oddity in terms of perceived value.

AMD's Ryzen 3/5 2300X/2500X processors will need to release with rock-bottom pricing for most PC builders to take them seriously, perhaps creating more competition in the Intel i3 market space. Could these new processors be a budget gamer's dream?

demonking
I wonder why they would half the cache from the 1500X?Quote

WYP
Quote:
Hard to know, though I guess we will find out soon enough. It would be cool if all four cores ran on a single CCX, that would force AMD to lower the L3 Cache size.Quote

grec
Presumably the performance impact of the inter-CCX communication(And lack of cache coherency) introduced by a 2+2 layout is greater than the impact of halving the L3 cache. I guess having twice the amount of L3 isn't that useful when half the cores have a far higher L3 retrieval latency than the other half, must be an issue in applications that share data access across more than 2 cores. In theory you could make both 8MB chunks of the L3 fully coherent but then you also effectively half the cache size anyway.

I'm pretty sure the 2+2 layout of previous years was purely for yield reasons than performance, with the higher end 2+2 models using the full 16MB more as damage limitation.Quote
Reply