AMD has already confirmed that Threadripper is alive and well. but right now it is unknown what AMD's plans are with their extreme-grade desktop platform.

We already know what Lisa Su said at Computex, "If mainstream is moving up, then Threadripper will have to move up," suggesting that AMD's next-generation Threadripper processors will offer more cores and higher thread counts than ever before.

Now, a report from WccfTech has claimed that AMD plans to release a 64-core Threadripper processor in Late Q4 2019. The report has also claimed that AMD will have something else to show us at CES 2020, which will take place in January.

While WccfTech has some uncertain language to describe whether or not next-gen Threadripper will utilise 14nm or 7nm silicon, it is fair to assume that Threadripper will utilise the same socket as X399 and use the same 7nm silicon as both Ryzen 3rd Gen and EPYC. Why would AMD try to use new 14nm CPU cores in the era of Zen 2 and Ryzen 3rd Gen? That wouldn't make any sense...

Our expectation is that Threadripper 3rd Gen will utilise parts that have trickled down from the enterprise market, with Zen 2 "ROME" processors acting as the baseline for Ryzen 3rd Generation Threadripper processors. What remains unknown is whether or not the X399 platform will be refreshed to accommodate this new CPU lineup. Older reports have claimed that X599 motherboards will release for Threadripper 3rd Gen, with X399 boards receiving BIOS updates to support the new processors, albeit without PCIe 4.0 and some other new features. While AMD may not utilise the X599 naming scheme, WccfTech's source has claimed that the "99" suffix will be used. 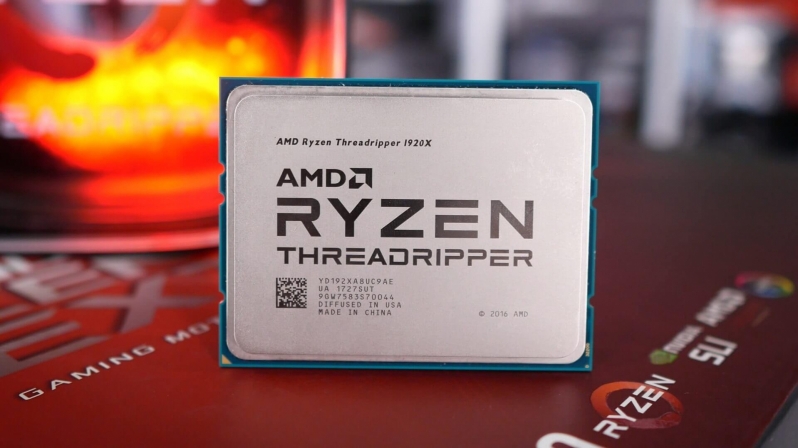 You can join the discussion on AMD's next-generation 64-core Threadripper processor on the OC3D Forums.

AngryGoldfish
Would anyone actually need that many cores though in the standard HEDT range?Quote

AlienALX
Quote:
HEDT mostly workstation so I'd say yes. Especially if they're rendering.Quote

AngryGoldfish
Quote:
But isn't a GPU still quicker and more cost effective? A 64 core can't be even remotely affordable.Quote

tgrech
Depends on the workload basically, you need a >98% parallel workload to really make use of a GPU and even then if it's non-uniform or branchy like compilation or simulation a CPU would usually do it better. Modern CPUs have lots of specialised units for certain types of calculation that GPUs don't necessarily have and vice versa.