AMD has used this tactic before to push full system upgrades

Rumour has it that AMD's planning to launch both Zen 4 and RDNA 3 in Q4 2022, repeating the tactics that the company used with Zen 2/RDNA 2 and Zen 3/RDNA 2. AMD likes to launch enough hardware to deliver full system upgrades, and it looks like AMD won't be changing their format with their RDNA 3/Zen 4 launch.

According to @Broly_X1 on Twitter, PC gamers will have to wait a while before AMD is ready to replace their RDNA 2 GPU lineup. At this time, it is unknown what AMD has planned for the interim, though it is worth remembering that AMD hasn't launched their entire RDNA 2 lineup yet.

Regarding Zen/Ryzen, AMD has confirmed that they plan to produce V-Cache enhanced Zen 3 processors in late 2021, giving these processors a likely launch date in early 2022. This will tide AMD's Ryzen product line over until Zen 4 is ready and TSMC's 5nm lithography node is ready for the high-end CPU market.

At Computex 2021, AMD didn't reveal any of their future hardware roadmaps outside of their V-Cache enhanced Zen 3 processors. AMD is keeping the details of their Zen 4 and RDNA 3 products a secret, as AMD knows that they no longer need to tease future products to maintain interest in the company. With a rumoured Q4 2022 launch, why would AMD give away any detailed information today? AMD doesn't want to give its competitors any warnings about their future products or give AMD fans any reason not to buy Ryzen or Radeon products today. AMD doesn't want its fans to "Wait for RDNA 3" or "Wait for Zen 4".

If AMD can continue at its current rate of innovation, its RDNA 3 and Zen 4 products should be incredible. That said, large performance gains should be expected for products that are still 18 or so months away. Beyond that, Zen 4 and RDNA 3 should both use advanced process nodes that are smaller than 7nm, a factor that should help AMD deliver more performance and greater power efficiency than ever before. Add on architectural tweaks, and AMD should have some great products in late 2022. 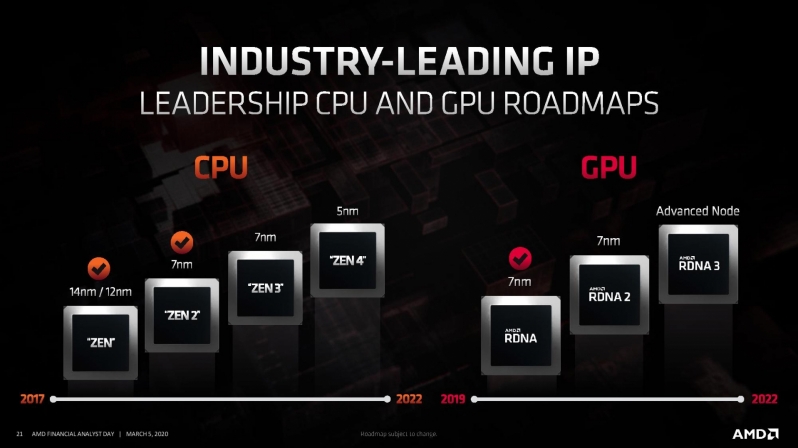 AMD should have some great products in late 2022 with Zen 4 and RDNA 3, but AMD will need to compete with next-generation offerings from both Intel and Nvidia. Today's question is how AMD's future products will compare to the offerings of their two main competitors. When AMD releases RDNA 3, Nvidia should be ready with a post-Ampere graphics architecture, and Intel could be ready to release their post-Alder Lake 13th Generation Core processors.

You can join the discussion on AMD's rumoured Zen 4 and RDNA 3 product release plans on the OC3D Forums. 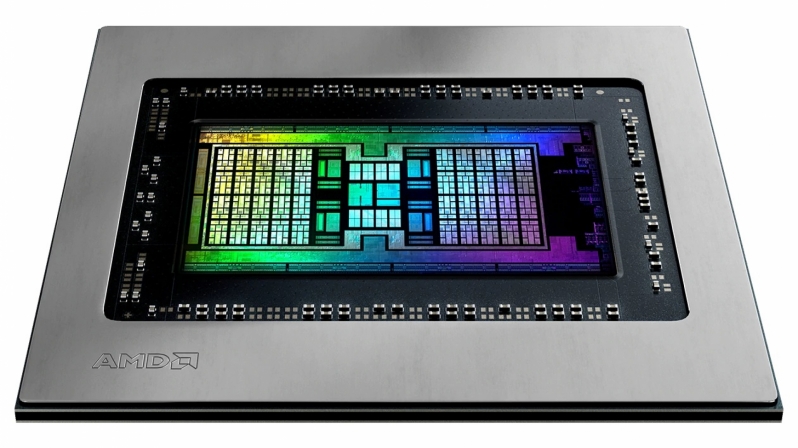 Dicehunter
I'm guessing in the meanwhile we'll get a refresh of Zen 3 with the new cache tech and maybe more stock of the 6000 series.Quote

Warchild
Quote:
Everything is dependant on the silicon shortage which right now has never been worse.Quote

Dicehunter
Quote:
Should go to Hollywood, Plenty of silicon there....