When it comes to the high performance compute market there are two aspects that are considered by many as vitally important, PCIe lanes and CPU compute performance. Now some details about AMD's upcoming Naples server platform have been leaked, revealing that AMD's new server platform will have plenty of both.
It has already been leaked that AMD will be creating servers CPUs with up to 32 cores and 64 threads, using their new Zen architecture to maximise CPU performance and deliver great performance/watt compared to their older offerings.
In the slides below it is shown that AMD's upcoming Naples CPU platform will support up to 128 PCIe lanes over 2 CPUs, allowing a system to be created with up to 8 GPUs and up to 32 NVMe storage devices. This is all without forcing GPUs to use a sub-optimal amount of PCIe lanes, which is highly impressive for a modern server. 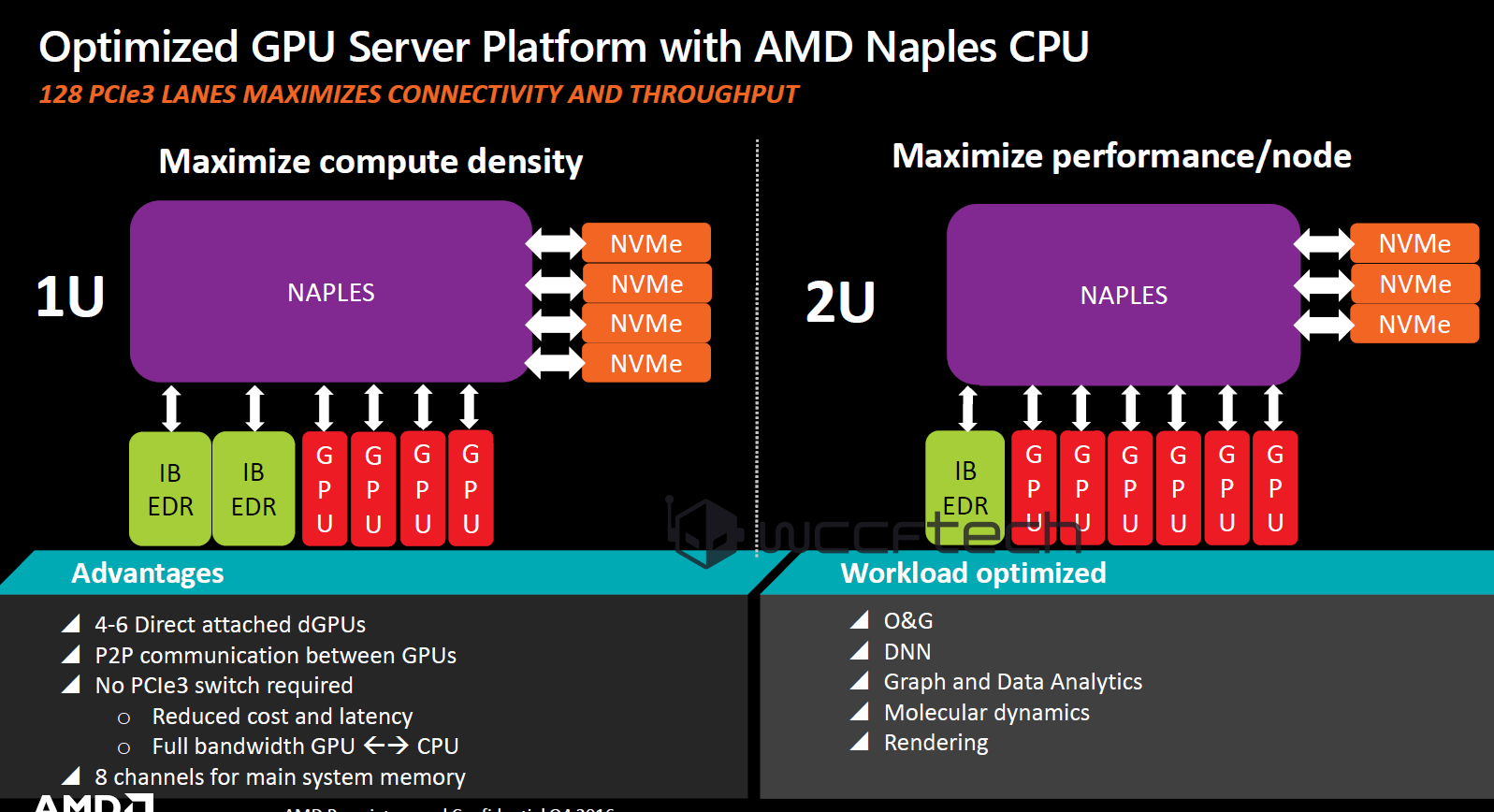 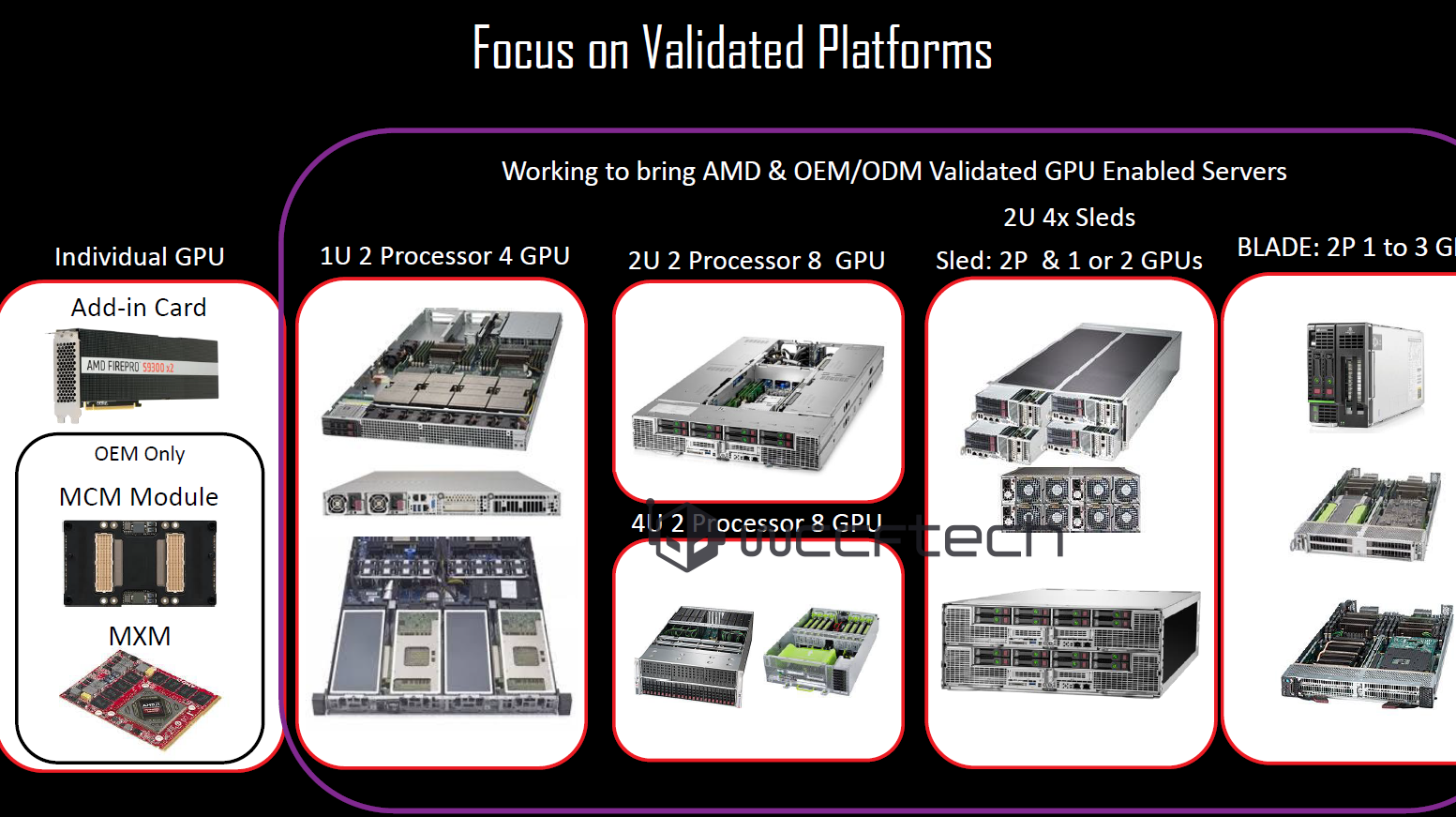 With such a large amount of PCI bandwidth at their disposal, AMD is looking to take Intel out of the high performance compute market by allowing platforms to be created that can heavily utilise both CPU and GPU resources. This is key for both the future or Radeon and AMD's CPU division, as it will allow servers to be created that can take advantage ludicrous amounts of GPU and CPU horsepower for AI and other complex calculations.

AMD's Naples CPU platform is also said to feature 8 memory channels, offering AMD servers insane amount of memory bandwidth and capacity, which is something that will be very beneficial for compute given Vega's new memory architecture. This will allow an AMD powered server to use GPU compute with some exceptionally large datasets, which will be very beneficial for large rendering machines and other GPU-based tasks that require larger than average datasets. 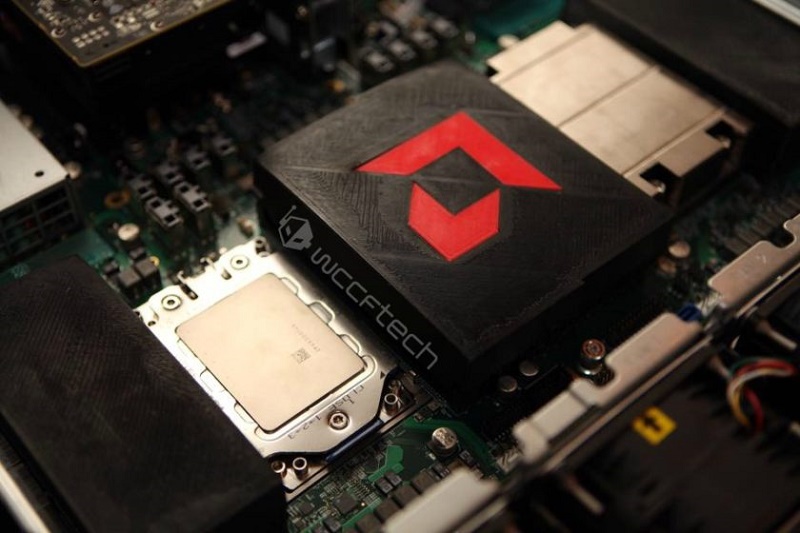 AMD's upcoming Naples CPU platform looks like it will be making a huge impact on the global server market, especially for those that are looking to deliver GPU-based analytics or compute solutions. It seems that Intel is going to have to work hard on their next generation server platform, as it seems their market dominance may be close to an end.

You can join the discussion on AMD's Naples server platform on the OC3D Forums. Find all of the latest PC hardware and gaming news on the OC3D Homepage.

BigDaddyKong
I see a new Linus video coming on ;-)Quote