A great deals for Ryzen 7, or better, purchasers

AMD's Ryzen 3000XT processors released earlier today, and with it, AMD has revealed a new "equipped to win" game bundle, which offers PC builders free copies of Assassin's Creed Valhalla for free with Ryzen 7 3000 series and above AM4 processors.

At this time, AMD has no game bundle for their lower-end Ryzen 3000 processors, and the company has not revealed any plans to bring a bundle to these processors. Laptop users will also be glad to know that this bundle does apply to selected Ryzen 7/9 4X00H/HS based systems from partnered retailers. As always, please check with your retailer to ensure that this bundle is available there.

You can read the terms and conditions of AMD's latest Equipped to Win Game Bundle here. 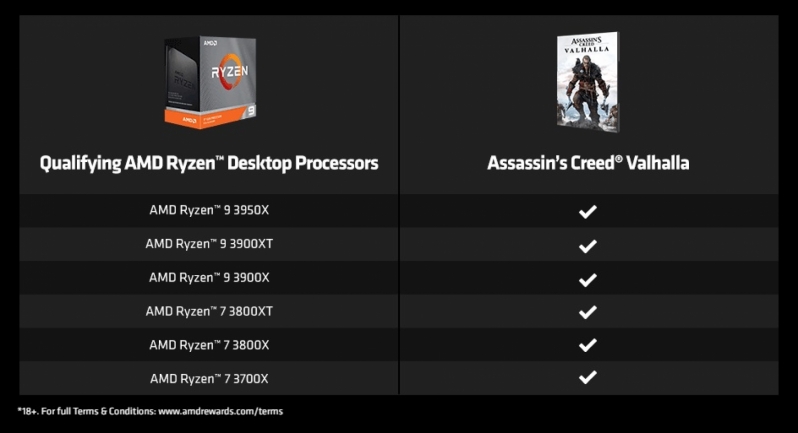 You can join the discussion on AMD's "Equipped to Win" Assassin's Creed Valhalla game bundle on the OC3D Forums.