More Gigahertz for the EPYC family

Now that AMD's EPYC lineup extends across the mainstream computing landscape, it's now time for AMD to target more niche workloads, and that where the EPYC 7Fx2 series comes into play. These processors are designed to deliver incredible levels of per-core performance, offering users up to a 500MHz boost in base frequencies and a lot more per-core cache.

With these changes, AMD has been able to create "the world's highest per-core performance x86 CPU", at least in terms of SPECrate®2017_fp_base score benchmarks. While this product is more niche than other EPYC series CPUs, AMD has confirmed that Dell, HPE, IBM Cloud, Lenovo, Microsoft, Nutanix, Supermicro and VMware are all adopting AMD's EPYC 7Fx2 processors. 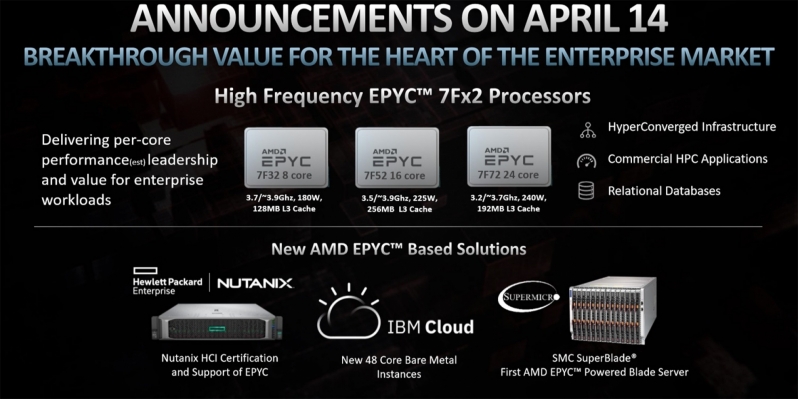 You can join the discussion on AMD's EPYC 7Fx2 processors on the OC3D Forums.