AMD have an ambitious future planned for themselves, promising both profitability for the company, a new CPU architecture which promised 40% Gains in IPC over Carrizo and GPUs which are 2x as power efficient in 2016.

AMD have confirmed that their new x86 CPU architecture, codenamed Zen will be coming in 2016, it will feature an SMT design, so essentially AMD Hyperthreading, and will have a 40% gain in IPC over AMD's Carrizo architecture, which itself is 2 Generations newer than their current AM3+ Piledriver offerings, so AMDmy actually be able to deliver some real competitive parts next year. 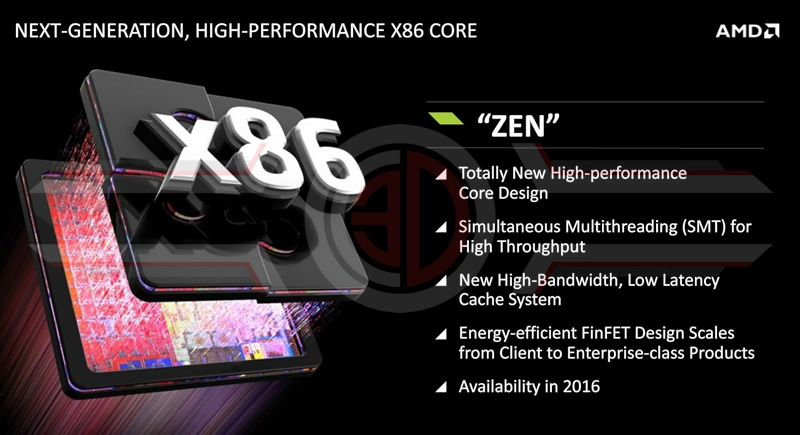 Zen is an entirely new CPU design from AMD, which is designed to deliver very scalable performance to both low power and high performance environments, it will feature new High bandwidth and low latency cache and will support DDR4 memory when it launches later this year.

AMD promises 40% IPC gains over their current Excavator CPU cores, which should give Intel a little to worry about as this means that AMD's Zen should be fairly competitive with Intel's current lineup if AMD can deliver a competitive price for these new CPUs. Beyond 2016 AMD plans to continue to increase the IPC of future CPU designs based on Zen, such as Zen + and other future CPUs. 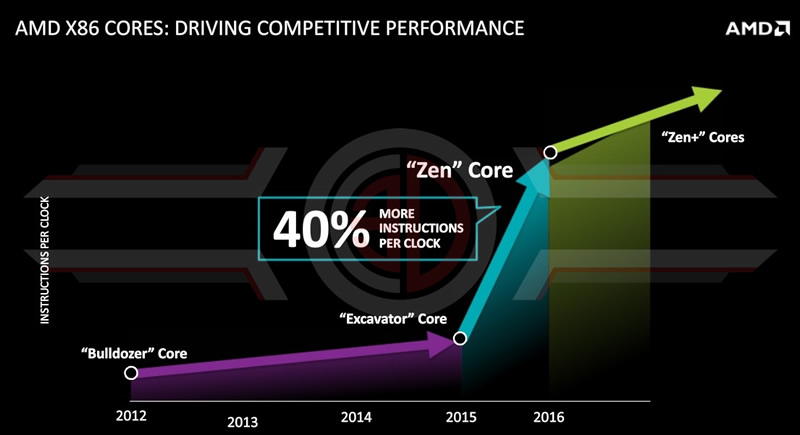 Unlike what previous rumors have suggested AMD next Generation Socket will be called AM4 and not FM3, and it will support DDR4 memory and will be the platform for both AMD's next generation A-series APUs and their FX lineup of CPUs. This combined socket approach will allow AMD users a much easier upgrade path from their mainstream platform to their performance platforms and allow motherboard manufacturers to create a smaller more focused line of motherboards, instead of splitting focus among several socket designs. 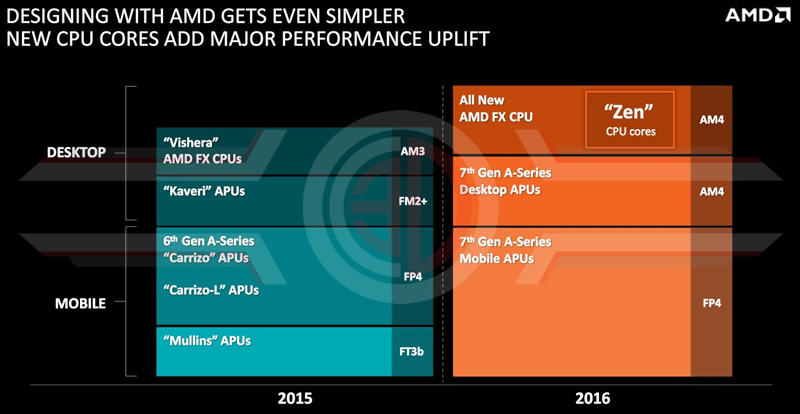 The next slide can be simply described as an AMD fans wet dream, as it promises everthing AMD have been lacking over the past few generations, AMD Hyper-threading (SMT CPU design), a combined socket for APUs and Performance CPUs, 2x the performance per watt of their GPUs and movement to a FinFET processing node, which is almost certainly 14nm FinFET. 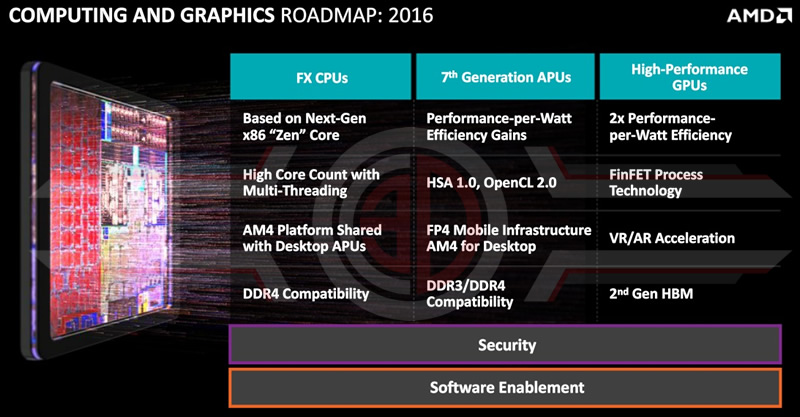 AMD plan to bring themselves out of their recent rut, becoming profitable again and bringing to the market competitive hardware on both the CPU and the GPU sides.

I hope that AMD does find success over the next few years as simply put a strong AMD will mean that Nvidia and Intel will just have to work that much harder to stay on top.

You can join the discussion on AMD's Zen CPUs and future plans on the OC3D Forums.

You can read more rumors on AMD's Zen CPUs here.

AMD have an ambitious future planned for themselves, promising both profitability for the company, a new CPU...

AMD have an grand future planned, promising and a new CPU with 40% Gains in IPC over Carrizo. http://t.co/V7XSQHI8FQ pic.twitter.com/HXoLtP4vvD

Dicehunter
As much as I would absolutely love to see AMD pull ahead of Intel as it's great for competition, They said the same thing before Bulldozer and then Piledriver released.Quote

Tripp
It is sounding promising. i really do hope that they pull this off, as i would like to have a AMD core at the heart of a future rig.Quote

Willock
Its really important not just for AMD as a company but for the entire industry that AMD gets this right, we need a strong AMD with competitive products to drive innovation and keep the market healthy.