AMD's flagship Genoa CPU could be a 400W 96-core monster 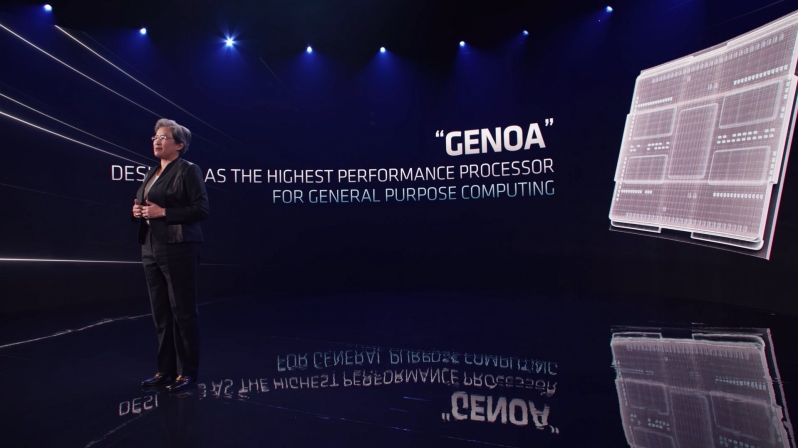 With a 400W TDP, AMD's EPYC 9664 flagship will be more power hungry than AMD's existing EPYC processors. That said, the processor's larger core count and other architectural improvements should allow AMD to deliver large enough performance gains to make these increased power requirements worthwhile for their customers.

AMD has confirmed that they have plans to add their innovative V-Cache technology to their EPYC Genoa series processors, creating Genoa-X processors. These processors will launch after Genoa and give AMD's customers access to CPU models with additional L3 cache. These large caches can be used to accelerate specific workloads significantly, making Genoa-X the best processors available for certain tasks.

You can join the discussion on AMD's rumoured EPYC 9664 flagship processor on the OC3D Forums.