An AMD motherboard with an Intel certification?

ASRock has announced that they have become the first AMD motherboard manufacturer to receive an official Thunderbolt Host certification from Intel, who have validated the Thunderbolt 3 support on the company's X570 Phantom Gaming-ITX/TB3 motherboard. This is a first for an AMD motherboard.

Unlike most AM4 motherboards, ASRock has created its X570 Phantom Gaming with Intel LGA 115X CPU coolers in mind, utilising these mounts to fit more components onto its motherboard and adopt VRM configuration which is uncommon for AM4 Mini-ITX motherboards. With ASRock's X570 Phantom Gaming ITX/TB3, the company has taken a novel approach to solve some of the shortcomings of the Mini-ITX form factor. To save space, ASRock has abandoned AMD's AM4 mounting hardware to utilise Intel LGA 115X-style mounting holes. This means that ASRock's X570 Phantom Gaming ITX/TB3 will not support AMD's Stock cooling solutions, or any AM4 cooler for that matter. Only CPU coolers with LGA 115X mounts are supported, with ASRock providing a limited Cooler compatibility list on their website. Yes, this motherboard supports Intel's stock cooler designs... 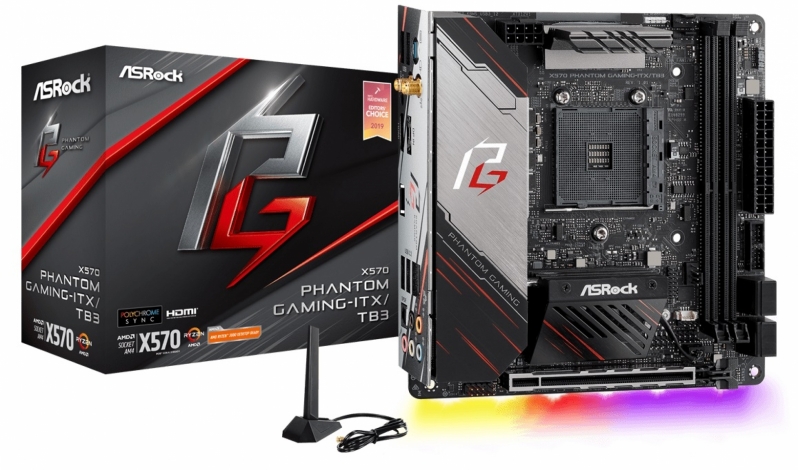 You can join the discussion on ASRock's Intel-certified AMD X570 Phantom Gaming-ITX/TB3 motherboard on the OC3D Forums.

FTLN
So what does certified certified do better than non certified ?Quote

WYP
Quote:
Not much, just an assurance that it will work as expected really.Quote
Reply