Will the X370 chipset be perfect for Crossfire/SLI?

AMD's Zen CPUs are rumoured to be coming in February 2017 with AMD's high-end AM4 X370 chipset. The new AM4 chipset will host AMD's future CPUs on both the low and high-end of their CPU lineup, replacing both AM3+ and FM2+.

The AM4 socket has already been released to OEMs alongside AMD's 7th generation of Excavator powered APUs, which are expected to arrive in the DIY system building market later this year.

AMD's Excavator/Bristol Ridge APUs sports some significant power reductions and large increases in GPU clock speed when compared to their older Kaveri counterparts. AMD's new AM4 motherboard platform will also bring DDR4 memory support, which will give these APUs some additional memory bandwidth for gaming as well as decreased power consumption. 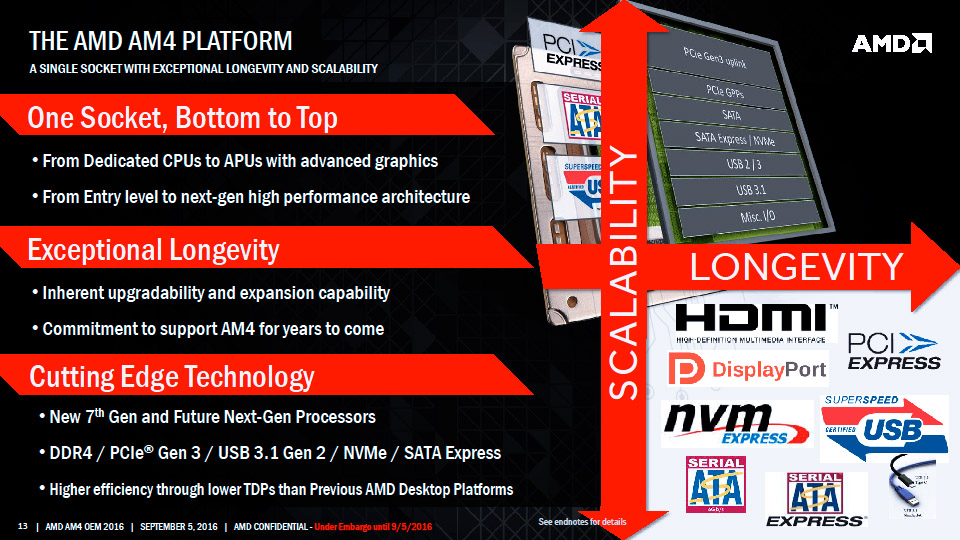 When compared to AMD's older AM3+ socket AM4 will also feature a 70% reduction in power consumption, which will allow system integrators and DIY system builders to create much more efficient systems and reduce the thermal output of motherboards. 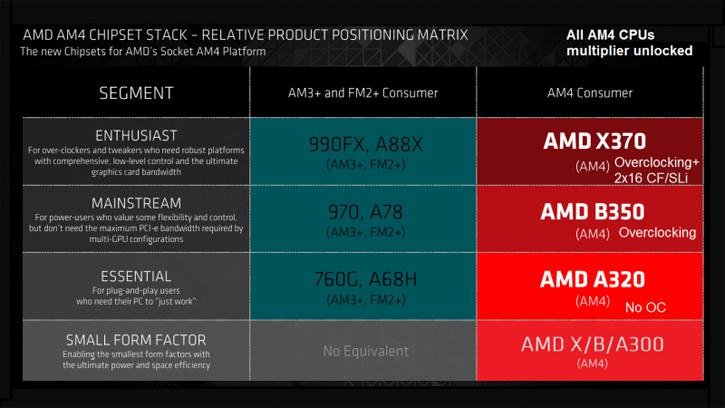 AMD has stated that their new 7th generation APUs on their AM4 platform provides the largest amount of memory bandwidth on any AMD powered desktop platform to date and provides significant performance improvements over their older APU designs.

This new AM4 series of motherboards is a unified platform, allowing both AMD's 7th generation APUs and upcoming Zen-powered Summit Ridge CPUs to use the same platform, simplifying development for both system integrators and motherboard manufacturers.

You can join the discussion on AMD's X370 motherboards on the OC3D Forums.

Kushiro
Looking better and better. Hope they come through.