AMD has already revealed its plan to release a 64-core Threadripper processor in 2020, doubling the core count of AMD's current desktop flagship, the Ryzen Threadripper 3970X. Now, it looks like a 48-core model is also in the works, packing almost 100 threads and what's likely to be 256MB of L3 cache.

With the Threadripper 3970X, AMD proved that it has what it takes to lead the HEDT market, but with its higher core count models, AMD will prove that it's also capable of dominating its competition.

MyDrivers has reported that code for a 48-core Threadripper processor has appeared within the code of CPU-Z 1.91, which hints that AMD has a CPU planned that will likely feature eight Zen 2 CPU dies with six cores enabled on each chip. This will give the CPU a total of 48 cores and 96 threads.

Our guess is that AMD will release this processor for around $3000, which would make a laughing stock of Intel's overclockable Xeon-3175X processor. 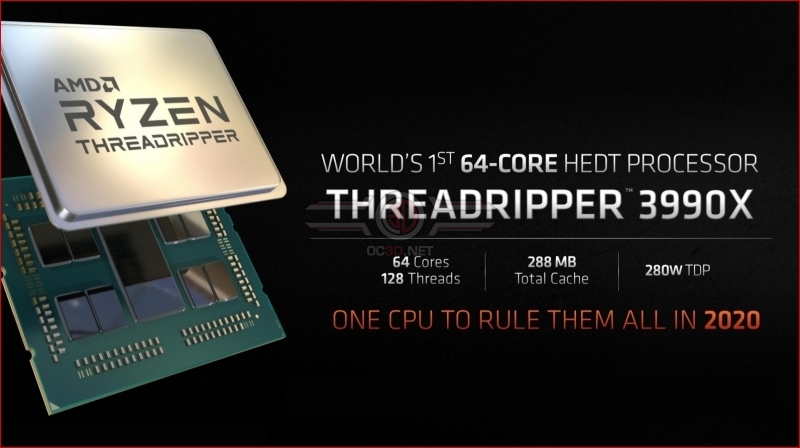 You can join the discussion on AMD's rumoured Ryzen Threadripper 3980X processor on the OC3D Forums.