Before AMD released its first generation of Ryzen processors, Intel launched its Kaby Lake-S series, a refined series of Skylake processors which offered users improved integrated graphics chips and higher core clock speeds. At launch, Intel's Kaby Lake flagship was the i7-7700K, which shipped in the US for $350.

Move on three years and AMD's Ryzen series of processors have revolutionized the market, first bringing eight-core/sixteen-thread processors to the desktop market in 2017 and sixteen core/32-thread CPUs to its AM4 socket in 2019. This has forced Intel to reconsider its entire desktop lineup by adding more cores to its latest desktop processors.

Now, it looks like AMD plans to deliver i7-7700K performance levels for $120 with their upcoming Ryzen 3 3300X processor, at least according to leaked Geekbench 4 results (courtesy of TUM-APISAK on Twitter). This means that in three-years, AMD has reduced Intel's former desktop flagship to budget-grade status after three years of intense competition.

With the Ryzen 3 3300X, AMD's offering higher clock speeds, with a boost clock that can reach as high as 4.3GHz. For $120, this chip is designed for mainstream gaming and stellar desktop performance, sitting at the peak of AMD's Ryzen 3 3000 offerings.

Both the Ryzen 3 3100 and Ryzen 3 3300X will release in May, though when in May will depend on how things pan out with COVID-19. Deliveries could be delayed and other factors could limit the processor's launch in some regions, but AMD's certain that the product will release next month. We will have more information about availability as we approach this product's launch date.

Below are the specifications of AMD's Ryzen 3000 series. 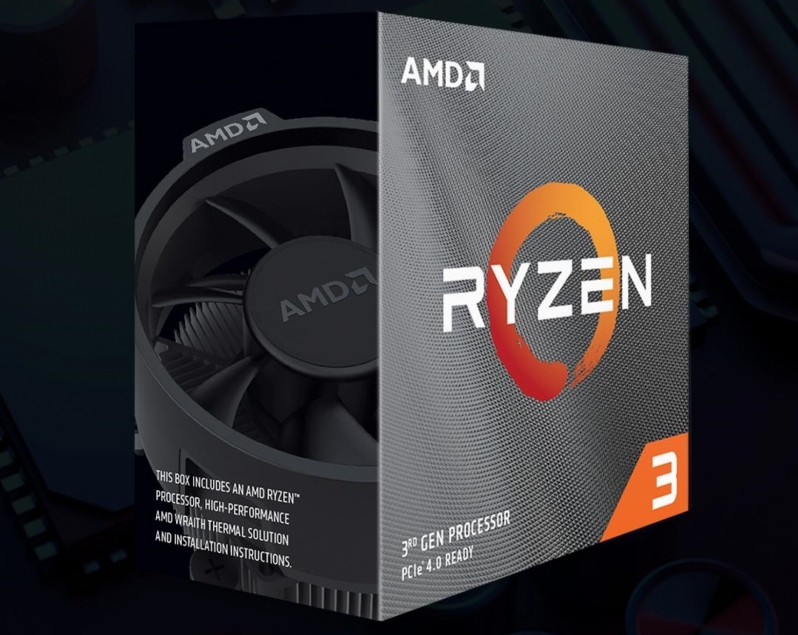 You can join the discussion on AMD's Ryzen 3 3300X processor on the OC3D Forums.

Dicehunter
Excellent, There really is no reason to buy Intel anymore unless you suffer from cognitive dissonance.Quote

Dawelio
Quote:
Don't forget about all of Intels massive vulnerabilities.Quote

AlienALX
I'm probably the only person in the entire world that isn't excited by this at all.

Mostly because I would rather have the 1600AF. Whilst these will probably be better at gaming and only gaming the AF will be much better for everything else. Streaming, encoding etc.

I also don't find B550 too exciting either. It'll just be basic boards with PCIE4, which will be less important (if it even is now) on lower end rigs. Why would you buy a quad core CPU and a cheap board and then spend as much on an SSD? it just seems a bit off balance.Quote

ImprovizoR
Quote:
I'm not very excited about it either. But that's because this is the kind of progress that should have been happening all along. And it would have if AMD was more competitive before Ryzen. This is what real normal looks like. i7-7700 was three years ago. It should be at entry-level performance in 2020.Quote

AlienALX
It should have come out in the first place. Instead AMD were rushing to match Intel's IPC and not thinking about the massive stocks of 1 and 2 series Ryzen chips.

Mind you to be fair the 3000 series were lower yield and did have issues at the start.

As for the board? a few YTers had them months ago. Asrock were slipping one into a rig from Best Buy? or something? and a few Youtubers had them. They're nothing exciting. Well, unless Asus knocks out another cracker.