What does the W stand for?

A reviewer called IXBT has recently uploaded a video to YouTube, unboxing AMD's upcoming Ryzen Threadripper 2nd Generation 2950X and 2990WX processors, both of which ship inside AMD's latest, and sexiest packaging to date.

The video (original link) has since been removed from YouTube, likely due to AMD's NDA on upcoming Threadripper 2nd Generation unboxings and reviews. Thankfully, Videcardz has been able to take screenshots from the video, giving us a glimpse at AMD's incoming high core count processors.

In this unboxing video, AMD's Threadripper 2950X and 2990WX processors were unboxed, though at this time AMD has not officially revealed the clock speeds of core counts of these processors officially. The 2950X is likely a 16-core successor to AMD's last-generation 16-core, the Threadripper 1950X, with the 2990WX being reserved for higher core counts, likely the flagship 32-core that AMD revealed at Computex.

At this time it is unknown what the W in the Threadripper 2990WX stands for, though the insane core count of this processor leads us to believe that the W stands for Workstation, as more general PC users would have no need for a processor that exceeds a core count of sixteen. 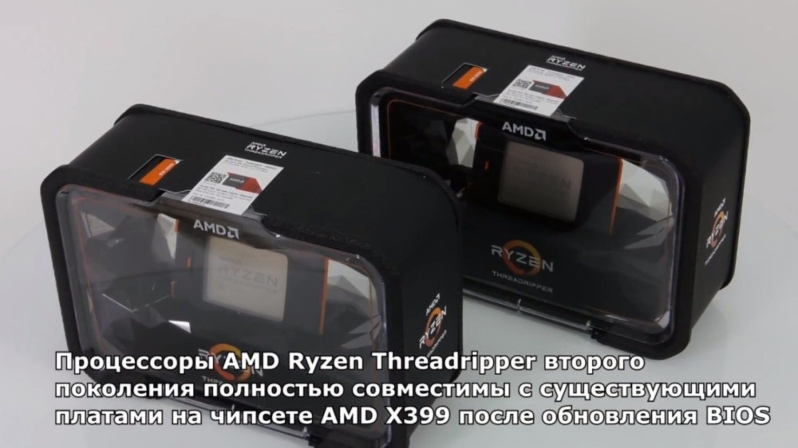 Inside the box, Threadripper 2nd Generation users will have a Ryzen Threadripper case sticker, a bundled Asetek Threadripper mounting plate and a Torx screwdriver that can be used with AMD's TR4 CPU socket.

It also appears that reviewers will also be given a dummy Threadripper processor for display purposes, which will come with the logo of the reviewer in question engraved on the processor directly. 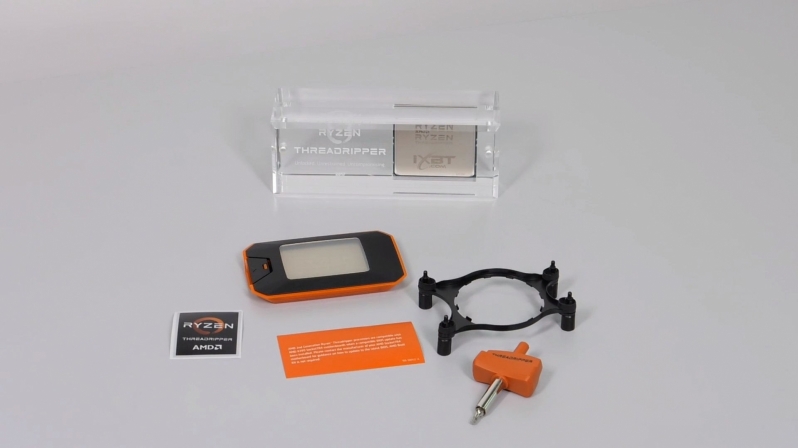 Say what you will about AMD, they do a great job packaging their ultra-high-end processors, especially when compared to Intel.

You can join the discussion on AMD's Ryzen Threadripper 2950X and 2990WX unboxing on the OC3D Forums.

The_Governour
Still a great move to have done this. Image and marketing at its best.Quote

Dawelio
Quote:
Maybe he got taken the backdoor for breaking the NDA?...Quote

Excalabur50
Everything about this screams class, AMD have done a wonderful job with the release of these processors, they really put Intel to shame with it allQuote

RobM
I love how AMD package their top tier to the point you actually have something that feels special.
I really do hope AMD can keep up the pressure because it has certainly made the CPU market interesting again and that means reduced price points and innovation which is good for the consumer.Quote
Reply