Several trays of AMD Ryzen CPUs have been pictured, with a Ryzen branded IHS with marking that state that the CPUs were "diffused in the US" and "made in China".
This means that the silicon used in this CPU was diffused/created at GlobalFoundries' 14nm fab in New York state, with these chips then being shipped to China where they are packaged, mated to the substrate and bonded to the IHS.
These new CPUs will come with Ryzen branding on the IHS and data which can be used to determine each CPU's name and model number. 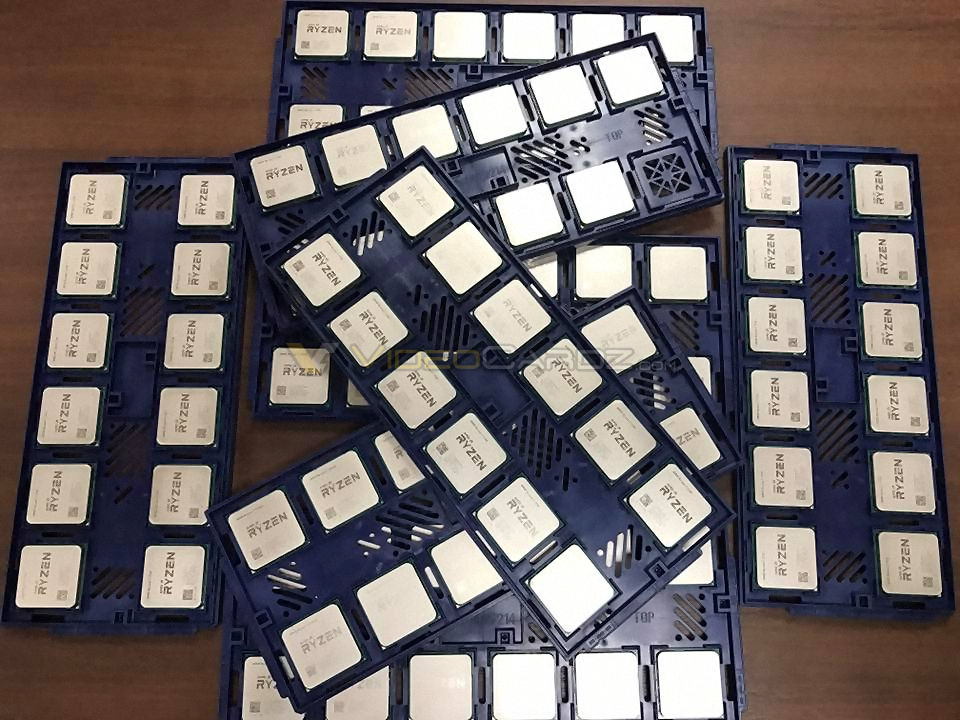 AMD's Ryzen CPUs are expected to launch on February 28th at AMD's Capsaicin & Cream event at GDC 2017, with a planned retail release date in early March.

You can join the discussion on AMD's Ryzen CPUs on the OC3D Forums.

g0ggles1994
You sure these aren't Bulldozers? I don't think it's obvious enough

AngryGoldfish
I like the logo and text font. Very distinguishable.Quote
Reply