A new Ryzen compatible AM4 chipset has appeared on UK retail shelves, arriving as the first 500-series AMD motherboard to lack PCIe 4.0 support. A520 is AMD's new baseline AM4 chipset, sitting below B550 to deliver motherboards with sub-£100 pricing.

At Overclockers UK, A520 motherboards are now available to pre-order from ASUS, shipping with price tags between £61.99 and £79.99, making them cheaper than all of AMD's Ryzen 3rd Generation (Zen 2) 3000 series processors.

AMD's A520 chipset will support AMD's planned Zen 3 Ryzen processors, supporting both Vermeer (Zen 3 CPU) and Cezanne (Zen 3 APU), requiring nothing more than a BIO update to do so. Zen 3 Vermeer processors are due to release later this year. 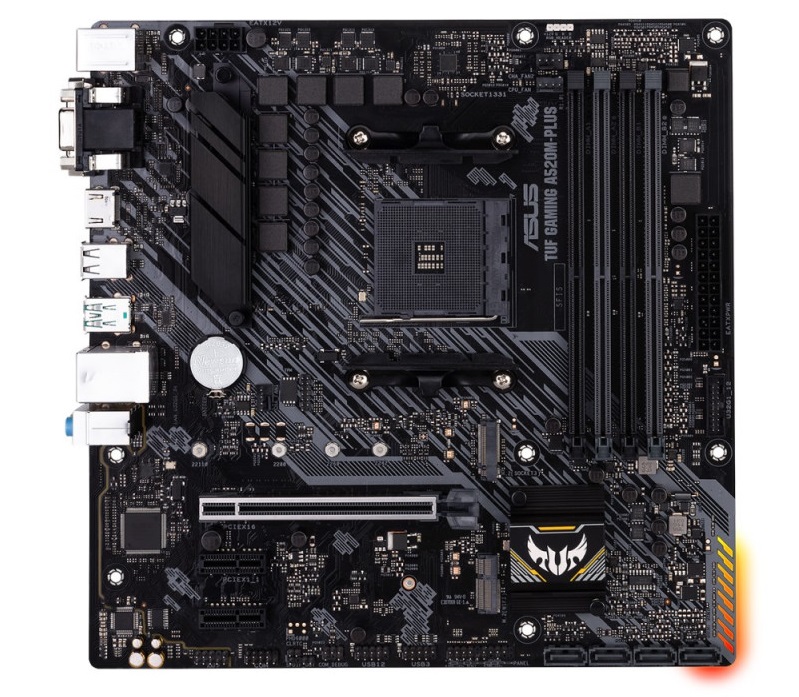 You can join the discussion on AMD's affordable A520 series of AM4 motherboards on the OC3D Forums.

AlienALX
I hear these don't support overclocking. However, stupid question time - does that mean they don't have PBO?.

Either way at that price they will be ideal. From evil AMD back to being nice AMD lol. The TUF is actually quite nice as it goes. Plenty plain enough.Quote

Dawelio
Barely any VRM heatsinks on either of those two pictured motherboards. The TUF one also has that weird PCI slot placement. Once you install a graphics card, those bottom slots will be completely useless. What’s the point in them then?...Quote

Warchild
Quote:
well the lack of VRM heatsinks could further support the "no overclocking" theory about it.Quote

Dawelio
Quote:
True, but using a high core count CPU, even at stock, may still be heavy for the VRM.Quote

Warchild
Quote:
This is AMD remember, not intel. I would think stock temps would be extremely mediocre/gentle on the necessary heat dissipation. But who knows, maybe its cost cutting. Either way its got to be within acceptable limits or we would have a disaster launch coming.Quote
Reply