AMD's Ryzen 3rd Generation processors are set to launch on July 7th, bringing with them higher core counts, boosted clock speeds and increased IPC, making them the most competitive Ryzen processors to date.

Elchapuzas Informatico has managed to snag one of these processors early, enabling them to generate a series of early benchmarks results to create a review of the processor, showcasing some impressive performance for AMD's lowest-end Ryzen 3rd Generation (Zen 2) processor, the Ryzen 5 3600.

Below we will include some of the benchmark results from Elchapuzas Informatico, but unlike other websites, we will not publish all of their findings here. While it is nice to have all of the Ryzen 5 3600's benchmark results in a single place, we recommend reading the full data from its source, this isn't our review after all.

We know that testing was conducted on an X470 (not X570) motherboard from Gigabyte, the Aorus Gaming 7 WiFi, which was paired with G.Skill FlareX DDR4 3200MHz memory and an RTX 2080 Ti Founders Edition graphics card. The latest version of Windows 10 was used alongside Gigabyte's latest motherboard BIOS file. 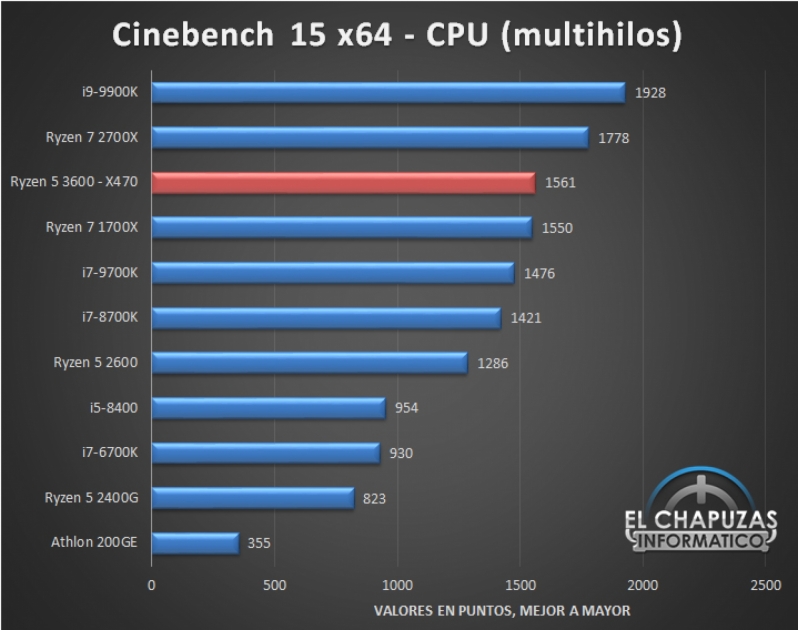 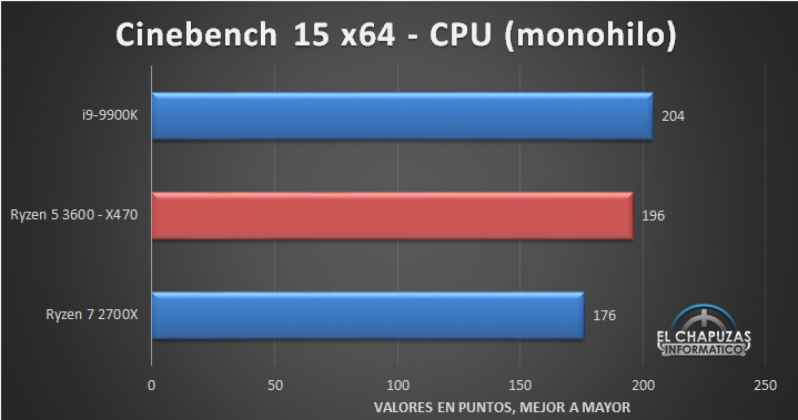 In gaming, we can see that in Far Cry 5, AMD's Ryzen 5 3600 makes huge gains over the Ryzen 7 2700X, showcasing AMD's stronger single-threaded performance this generation. Things could improve further here with overclocking, as we must remember that the Ryzen 5 3600 is the slowest AMD Ryzen 3rd Generation processor. The gap could between Ryzen and the i9-9900K will likely get shallower when faster Ryzen processors are utilised.

In Final Fantasy XV the performance gap between the Ryzen 7 2700X and the Ryzen 5 3600 is not as wide as in Far Cry 5, but the new processor nonetheless offers more performance. Not bad for a CPU with a lower boost clock speed and fewer cores/threads. More gaming data is available in Elchapuzas Informatico's full review. 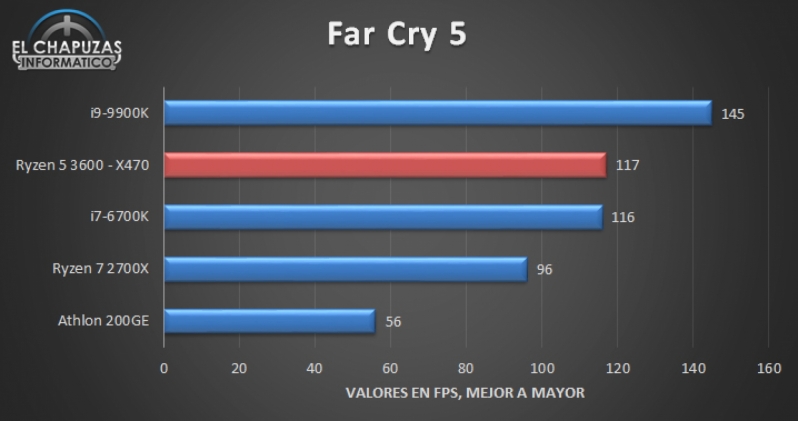 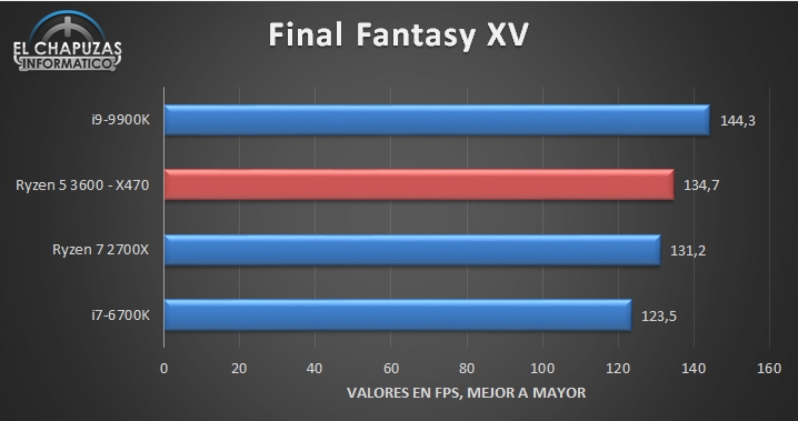 You can join the discussion on this early review for AMD's Ryzen 5 3600 processor on the OC3D Forums.

Avet
I just don't know why he is comparing it to 6700K in most benchmarks. Yes you can extrapolate but it is retarded. Until i see Tom's 45 min ramble everything is fake.

demonking
While taken with a pinch of salt for now.
6700k performance on the lowest sku of this line up is impressive.
Coulle or years ago we were struggling to recommend a amd part over an i3 for gaming workloadsQuote

Giggyolly
Quote:
To be fair, it's not like IPC has really improved over Skylake, so a 4.2 GHZ i7 vs a 4.2 GHz R5 is somewhat comparable.
Although I think the 8700k is a more interesting comparison with the R5s.Quote
Reply