CPUs with lower core counts are expected to be faster

When AMD first teased their 3rd Generation of Ryzen processors at CES, one thing was certain; AMD was going to increase the core counts that are available on their AM4 socket. While AMD showcased an 8-core processor, it was clear that AMD's latest AM4 package had space for a second 8-core chiplet, potentially allowing 16-core CPUs to be unleashed into the mainstream market.

Now, the leaker TUM_APISAK has revealed the specifications of a Zen 2 engineering sample (ES) that he has recently uncovered, a 16-core product which was tested on one of AMD's upcoming X570 mainboards.

The base clock speed of the processor is listed as 3.3GHz while the CPU's boost clock is listed as 4.2GHz, which is not that far behind AMD's existing Threadripper 2950X processor, which has 3.5/4.4GHz base/boost clock speeds. Not bad for a CPU on AMD's AM4 socket.

As an engineering sample, the clock speeds of this product shouldn't be considered final, but they are undoubtedly impressive given the power restricted nature of AMD's AM4 socket. Remember, AM4 isn't built to the same standards as Threadripper's X399 socket, which means that high core counts need to take into account the power circuitry of lower-end motherboard designs. While AMD's Zen 2 architecture and 7nm lithography will result in more efficient processors than AMD's last-generation hardware, it is easy to imagine how a 2x increase in core count will also come with a reduction in clock speeds to keep TDPs in line with what most AM4 motherboards can handle.

Our expectations for Ryzen 3rd Generation are the like 2nd Generation Threadripper, AMD's highest core count models will ship with lower clock speeds than some of AMD's intermediate core count models for power reasons. This means that AMD's 8-core and 12-core Ryzen 3rd generation models will likely hold the highest base/boost clock speeds out of the box. With these lower core counts, AMD can push more power to each core, increasing single-threaded performance. 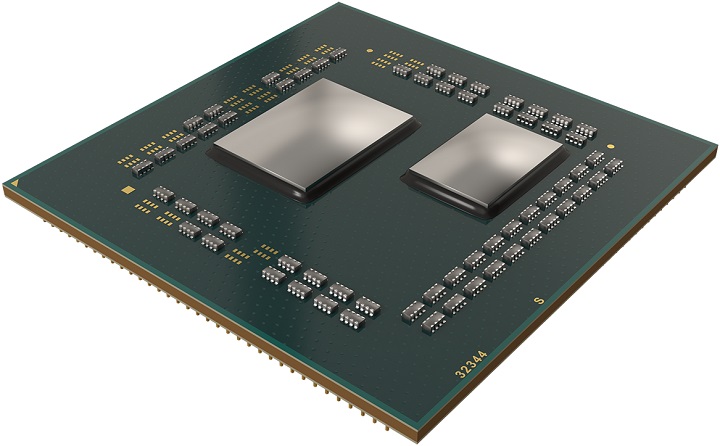 AMD is expected to release more information about the Zen 2 architecture at Computex 2019, with recent rumours suggesting that these processors will release in July.

You can join the discussion on AMD's Ryzen 3rd Generation processor leaks on the OC3D Forums.

AlienALX
Drooling right now. Finally something that might be worth buying.Quote

Dark NighT
This is looking really good, probably be upgrading my 6800k next year to one of those offerings!Quote

RobM
Now imagine that each of those core's has 4 threads