With one set of announcements, AMD has pushed the mainstream market to new heights, delivering PCIe 4.0 to the masses with new B500 series motherboards and their latest Ryzen 3000 series processors. These processors are game-changers for the low-end CPU market.

For starters, mainstream Ryzen 3 3100 supports PCIe 4.0, SMT and utilises AMD's Zen 2 architecture. That's a killer combination, and for $99, AMD's offering low-end gamers a bargain, especially if you plan on overclocking your chip.

Remember that four cores and eight threads were what Intel offered in its i7 lineup back in 2017. Now, AMD's offering that in a $99, that's incredible, even if you discount the chip's PCIe 4.0 support and the advanced features of the latest motherboards. This is a revolutionary move for the low-end PC market, as what once was ultra-high-end, is now accessible to everyone.

With Zen 2 entering the mainstream market, AMD can benefit from the single-threaded, and multi-threaded performance boosts that are offered by AMD's latest chips, and the efficiency of their 7nm manufacturing. With the Ryzen 3 3100, AMD boasts up to 20% more gaining performance than Intel's i3-9100, and up to 75% more "creator performance". Not bad for a $99 processor.

With the Ryzen 3 3300X, AMD's offering higher clock speeds, with a boost clock that can reach as high as 4.3GHz. For $120, this chip is designed for mainstream gaming and stellar desktop performance, sitting at the peak of AMD's Ryzen 3 3000 offerings.

Both the Ryzen 3 3100 and Ryzen 3 3300X will release in May, though when in May will depend on how things pan out with COVID-19. Deliveries could be delayed and other factors could limit the processor's launch in some regions, but AMD's certain that the product will release next month. We will have more information about availability as we approach this product's launch date.

Below are the specifications of AMD's Ryzen 3000 series. 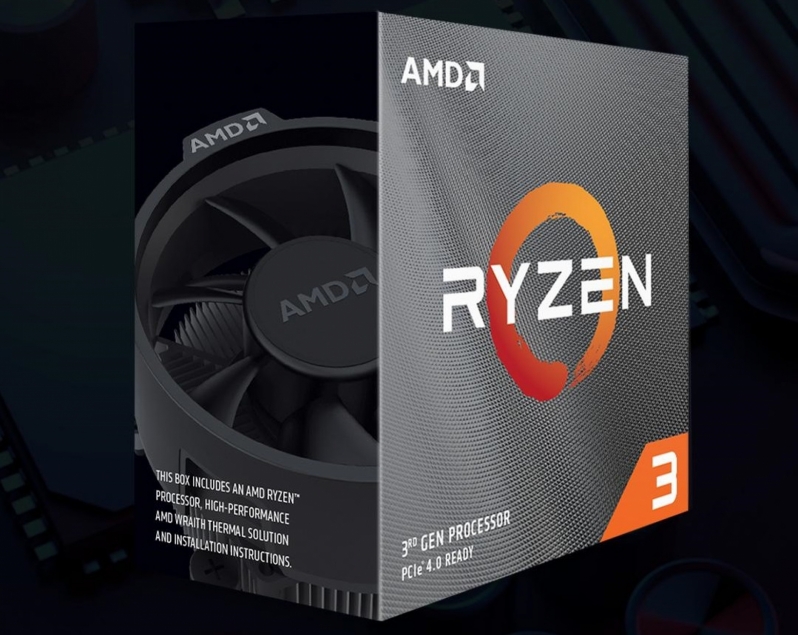