This morning AMD has released a lot of new Ryzen Threadripper info, including the official release date for TR4 motherboards and their 12-core and 18-core CPU models.

AMD has also unveiled their previously unannounced Threadripper 1900X, which will be an 8-core part that features 64 PCIe 3.0 lanes and base/boost clock speeds of 3.8/4.0GHz, which is very high for an AMD Ryzen series CPU. This new part will cost $549.99 and sit between AMD's Ryzen 7 1800X and Threadripper 1920X. 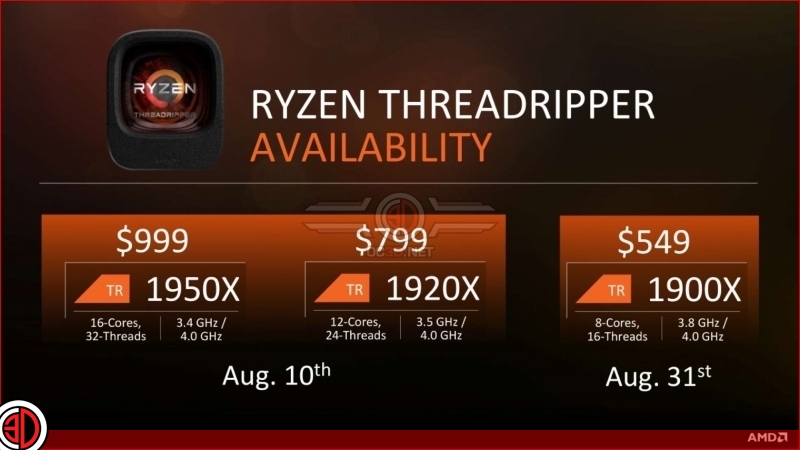 If AMD's Threadripper CPUs are designed for anything, it is value, offering a large number of CPU cores/threads for its price when compared to Intel and a total of 64 PCIe lanes across the lineup.

When comparing the $799 Threadripper 1920X to the same Intel i9 7800X, AMD offers very similar performance in the tests shown while coming with a price that is 20% lower than Intel's. Again we will need to look at performance on a wider range of applications to judge how well these CPUs truly compare. 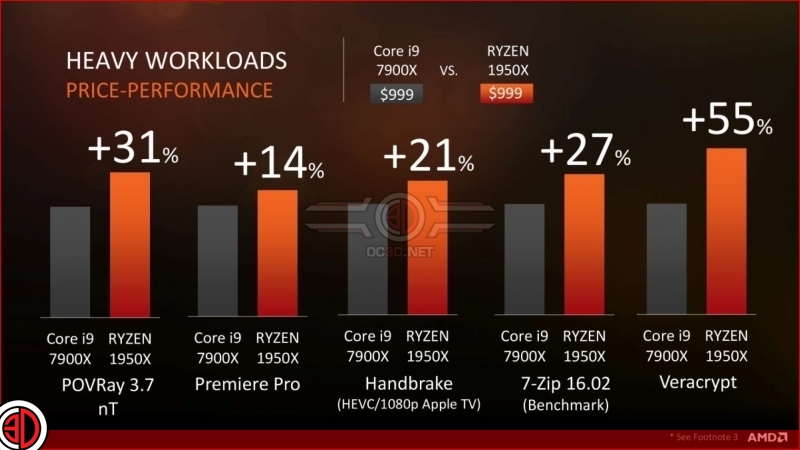 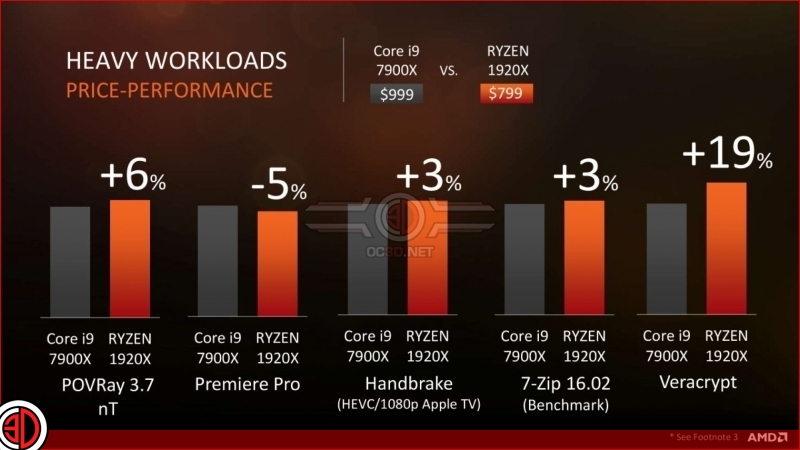 AMD has also said that there will be around 20 AIO liquid coolers that will support Threadripper at launch, with five air cooler options from the likes of Noctua, Arctic and Coolermaster.

It has been confirmed that AMD will be supplying a TR4 compatible mounting kit for Asetek-based liquid coolers, which will allow Threadripper users to immediately use many existing coolers, eliminating the need to send for and wait for a TR4 bracket to arrive in the post. 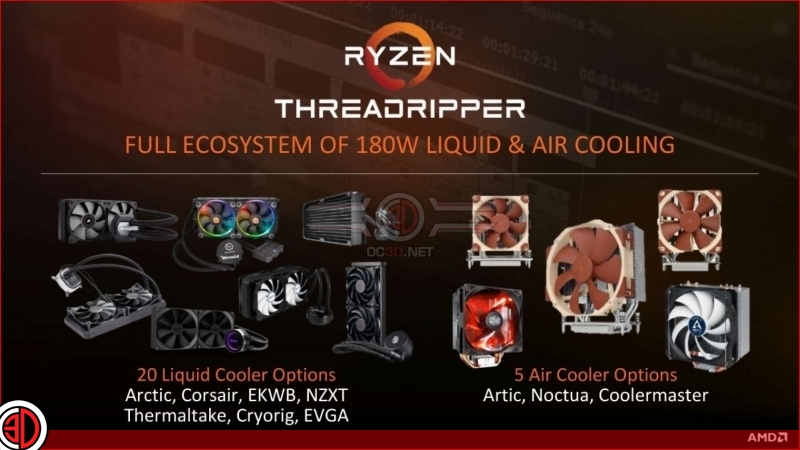 AMD's Threadripper platform will release on August 10th, with their 8-core 1900X CPU releasing at a later date on August 31st.

You can join the discussion on AMD's Threadripper CPUs and X399 platform on the OC3D Forums.

i only hope there will be an air cooler that is sufficient for a 12 core TR.

AngryGoldfish
It's interesting that they're making an 8-core version. For the first time ever you could have an affordable (though not staggeringly powerful) system that supports multiple devices working at their maximum.Quote

NeverBackDown
An 8 core CPU with 64 PCI lanes? Yeah that's the ultimate F*** You to Intel.
I think it's going to be a miners dream...Quote

AlienALX
Ahhhh so that's why the price ! that explains it. Wow, 64 lanes is mental ! I thought 44 was good

NeverBackDown
Quote:
It takes advantage of everything TR platform offers. So instead of taking a crappy non HEDT CPU and giving it a new name and sticking it onto a new socket and simply charging more... Cough.. Intel. They actually gave it some proper upgradesQuote
Reply