At the company's 2017 Financial Analyst Day, AMD announced their new Ryzen Mobile series of CPU, coming with Vega integrated graphics to deliver an APU to offer attractive levels of gaming performance.
Thanks to AMD's new CPU and GPU architectures, Ryzen Mobile is able to offer greater levels of power efficiency than any of AMD's previously released APUs, allowing AMD to deliver thin-and-light notebook designs that offer a long battery life. 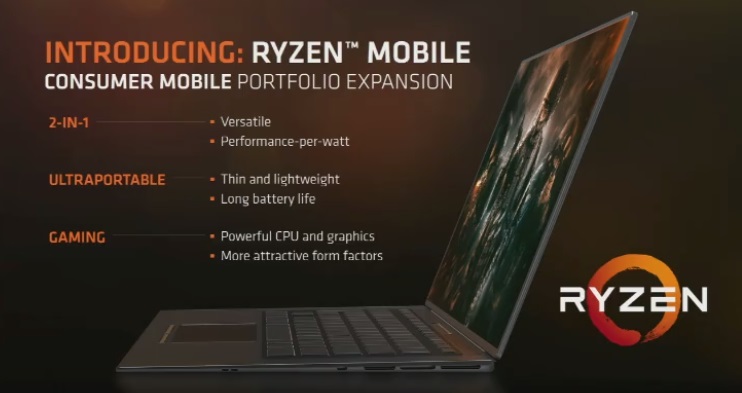 Ryzen mobile also promised a 50% decrease in power requirements when compared to their 7th generation APUs, making these performance improvements even more noteworthy. 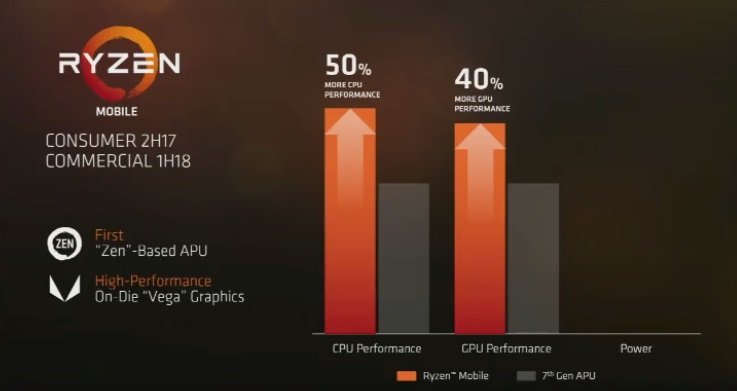 These new APUs are expected to ship in consumer systems in the second half of 2017, with these APUs reaching commercial users in early 2018.

You can join the discussion on AMD's new Ryzen Mobile CPUs on the OC3D Forums.

AlienALX
This is quite exciting actually. Not that I'm a fan of laptops in any shape or form but yeah, even I like the sound of this.Quote

NeverBackDown
FINALLY!
This is where Ryzen is really going to shine. Affordable gaming notebooks are on the way folks.

Yes my ethusiasm is very high with this. This market has been dominated by Intel/Nvidia for way to long and it's a terribly bad market with crap prices.Quote

Dicehunter
Seeing AMD getting back into laptops is a good thing