AMD reveals more Zen architectural details, revealing that Zen will replace both Jaguar and Excavator to power devices from Notebooks to supercomputers.

From Zen's conception it was designed to offer both scalability in terms of both power and core count, allowing AMD to power mobile devices with as little as 4W and scale all the way up to their upcoming 32-core Naples server CPU. 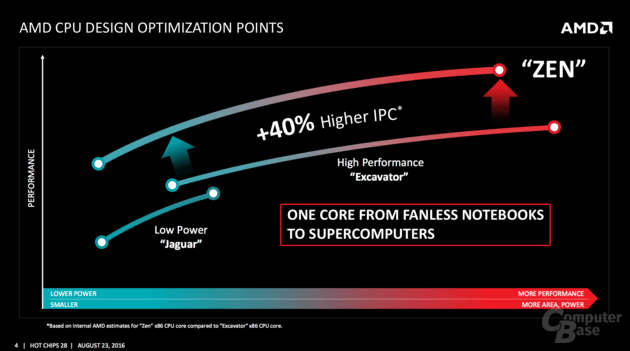 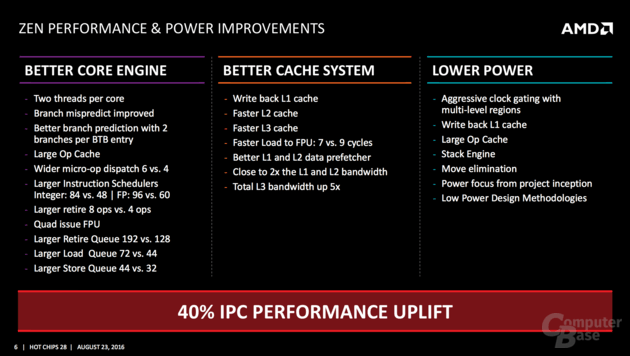 All in all AMD's Zen architecture is designed to rectify a lot of the issues that AMD had with their radical bulldozer architecture, moving back to a more traditional CPU design which offers Simultaneous-Multi-threading (SMT) and looks a lot more Intel-like than AMD's older CPU architectures.

AMD has already shows that AMD's Zen architecture has performance-per-clock that competes with Intel's Broadwell-E architecture, meaning that AMD finally has a CPU design that can deliver CPUs that can be truly competitive with Intel when it comes to per core performance. 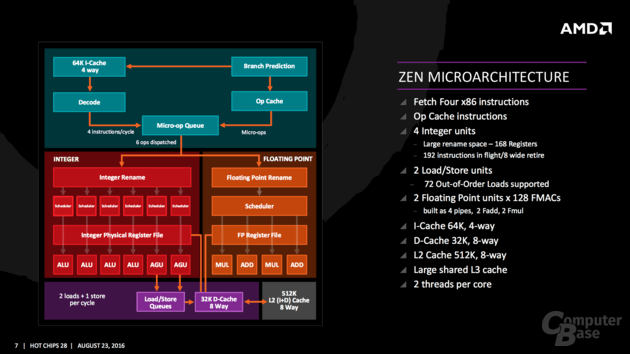 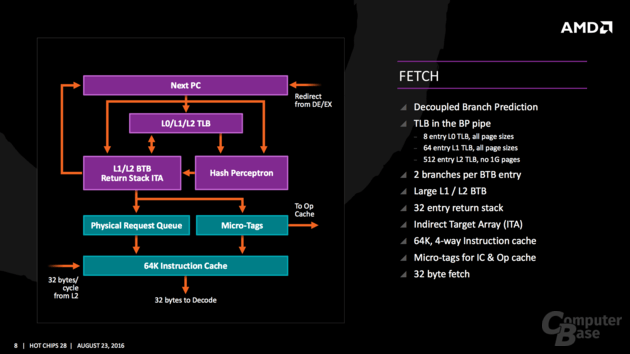 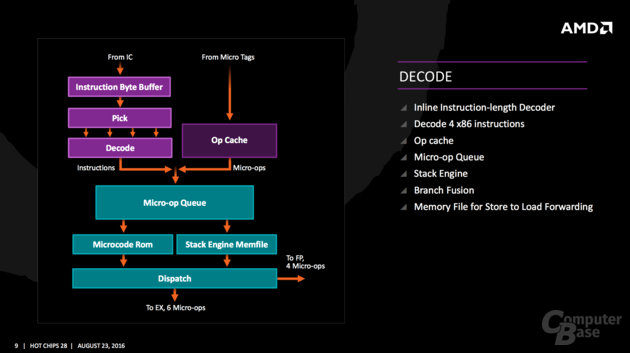 Right now AMD has not announced the I/O or the memory controller on their Zen CPUs, or how many PCIe lanes that each CPU can use. Today rumours suggest that AMD's Zen architecture can support DDR4 at up to 3200MHz, though at this time nothing has been verified by AMD.

Right now AMD's Zen architecture is looking similar to Intel's Haswell and Skylake architectures, moving away from AMD's bulldozer designs entirely, though AMD plans on offering both high end and low end CPUs on the same AM4 socket, giving AMD a competitive edge in the enthusiast PC building scene.

Having up to 8 strong CPU cores on the same socket as their quad core counterparts and APUs should convince a lot of PC builders to move to AM4, especially if they have plans to change upgrade to higher end CPUs in the future. With Zen consumers could buy a quad core CPU and later upgrade to an 8 core CPU on the same socket, whereas with Intel consumers would need to change motherboards. 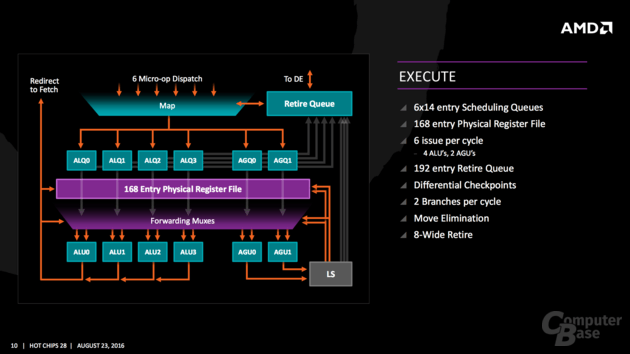 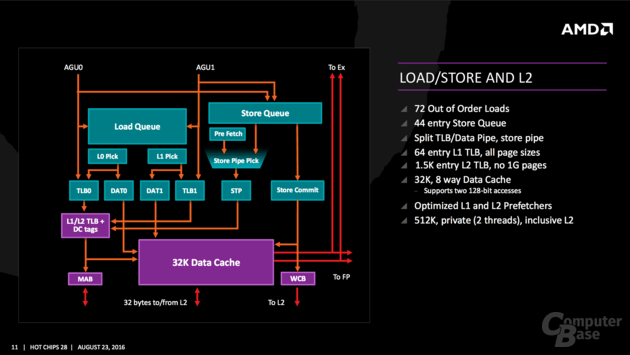 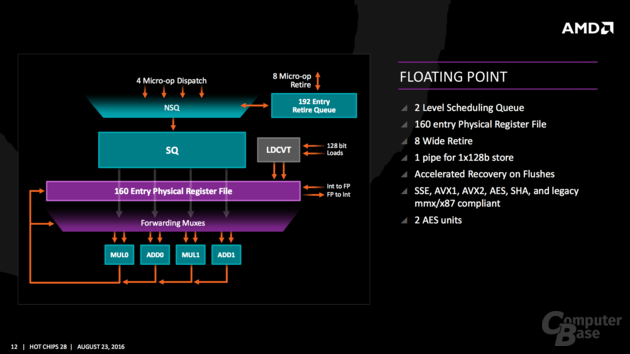 With Zen AMD plans on offering stronger cores with faster core components, offering faster banks of L1, L2 and L3 cache as well as increased throughput with SMT and various key redesigns to a lot of the CPU's memory and command structures.

Right now we do not have enough information regarding Zen's performance on the desktop to be able to provide and real performance expectations for Zen, but at least for now AMD seems very confident that they will gain market share in pretty much every X86 CPU market thanks to this new architecture. 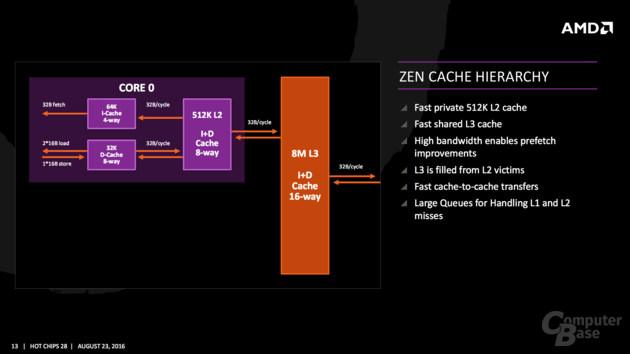 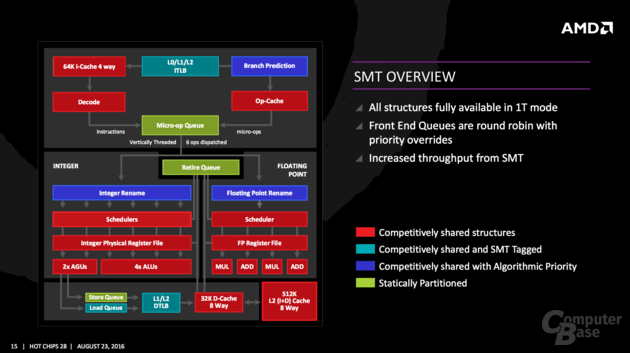 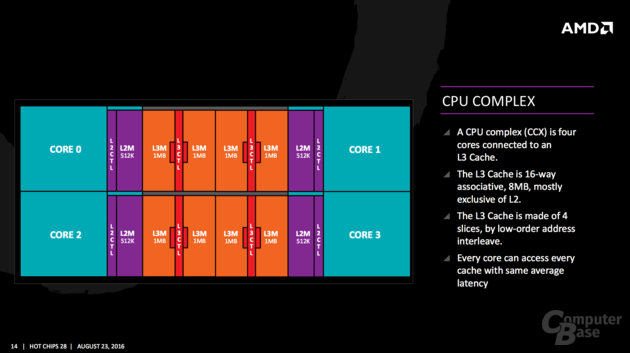 Today the only concerns that I have with Zen are regarding their retail clock speeds and pricing, as right now AMD are yet to deliver any real information in this regard.

We have already seen an AMD Zen 8-core CPU run at 3.0GHz, though AMD has already confirmed that their final retail CPUs will be able to deliver higher clock speeds at stock. As of yet information regarding retail clock speeds or overclocking is available.

You can join the discussion on AMD's Zen architecture on the OC3D Forums.

NeverBackDown
They really did make this a scalable architecture. Very impressiveQuote
Reply