AMD reveals its B550 series chipset - PCIe 4.0 for everyone

AMD reveals its B550 series chipset - PCIe 4.0 for everyone

It's finally happening, PCIe 4.0 is entering the mainstream market. Today, AMD has revealed low-cost PCIe 4.0 compatible Ryzen 3 processors and B550 motherboard, bringing PCIe 4.0 support to the masses for the first time.

This year, more PCIe 4.0 compatible SSDs and controllers are due to hit the market, ushering in a new era of storage performance. This will be a critical factor moving forward, especially as consoles like the Xbox Series X and PS5 start to push the potential of their included SSDs.

B550-based motherboards are due to release on June 16th, with Rock, ASUS, Biostar, Colorful, Gigabyte and MSI offering their own models. This should mean that PC gamers should expect great value from these board designs, which will deliver industry-leading pricing for PCIe 4.0 compatible motherboards.

At this time, AMD has embargoed further information about its B550 chipset, but we will let you know further details when we are allowed to discuss the chipset further.

With Intel lacking PCIe 4.0 support in its mainstream and high-end motherboard designs, PCIe 4.0 has become a key advantage moving forward. As gaming enters the era of NVMe storage, AMD will stand as the only mainstream CPU/motherboard provider that supports the fastest NVMe storage devices. 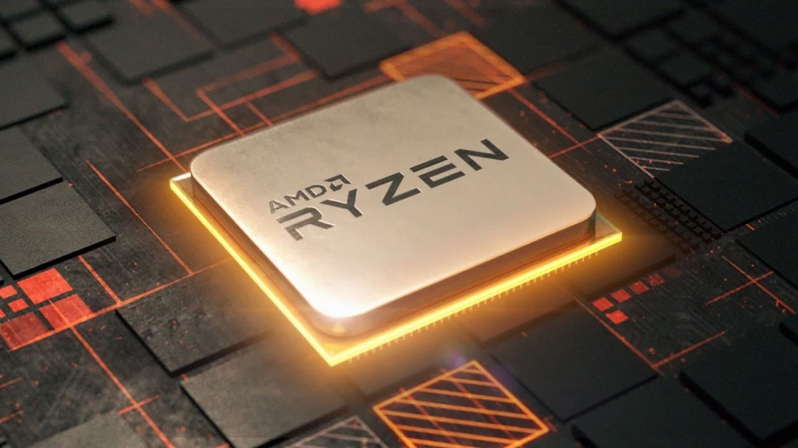 You can join the discussion on AMD's B550 chipset on the OC3D Forums.

Why do they embargoe certain information though? Information that will later become public anyway and something that isn't that highly secretive really? I mean, come on, it's about a motherboard chipset.Quote

WYP
Quote:
All will be revealed later. I just can't say everything right now.Quote

Dawelio
Quote:
Exactly my point. Why does AMD even embargo certain information, which will be revealed eventually? Seems a bit odd, especially since I bet that the information isn't that "classified", if you want to put it that way.

I've personally never really understood the purpose/reasoning behind companies putting embargos on information regarding certain things, such as motherboard chipset.Quote

AlienALX
Quote:
Because that is how an NDA works. You sign away your soul, and agree to keep schtum.Quote

WYP
Quote:
Quote:
I can't say anything right now, but the information is important. The gist of everything B550 was announced today, but more detailed information will have to wait.

NDAs are the price that needs to be paid to get official access and 100% verified info. TBH, I think most of the extra info should have released today, but you can expect a full rundown when the time comes.

All I can say is that nothing that AMD has announced undercuts anything announced today.Quote
Reply