Talk about beating Intel at its own game...

Every user of Linux will know that the OS comes in several flavours, with Ubuntu, Debian, and Fedora being amongst the best known. In recent years, we have seen many newcomers to the Linux scene, with Valve's SteamOS (an offshoot of Debian), being a notable example.

More recently, Intel has championed its "Clear Linux" distribution, an open-source project which aims to deliver tuned performance for Intel-based systems alongside security features that are suitable for cloud and edge computing.

When AMD released its 64-core Ryzen Threadripper 3990X processor, the company recommended Intel's Clear Linux to those who wanted the best Linux performance, and Pheronix's Michael Larabel has put this claim to the test. 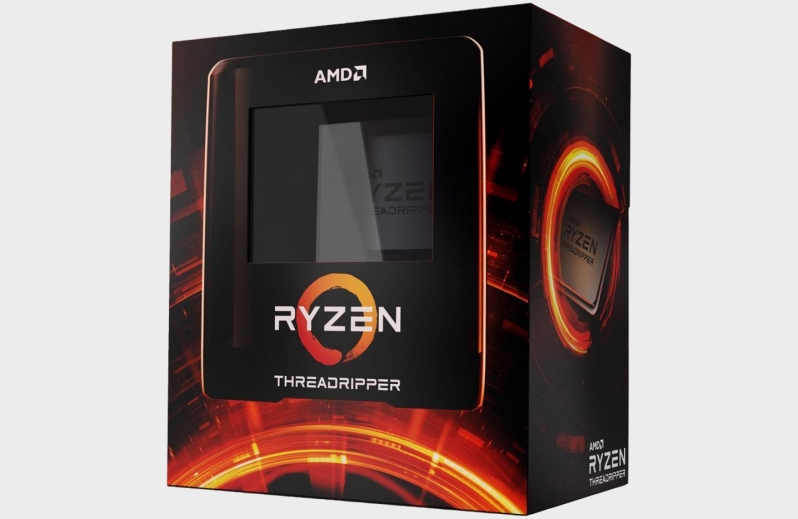 While Clear Linux is designed for Intel's processors, it has also proven to be a great choice for users of AMD's Ryzen and EPYC series processors, offering heightened performance when compared to other distributions, at least on average.

Pheonix's full Linux testing is available on their website, but we will showcase the chart below which reveals that across 50 benchmarks that Clear Linux was able to win 48% of them, which is a huge win for Intel's Linux distribution. Please head over to Pheronix to see exactly where these wins were, which will help you to see if Clear Linux will be able to benefit your workflow with Ryzen series processors.

It is strange to think that AMD's getting some of its strongest Linux performance on an Intel-optimised distribution, even so, if pure performance matter, mixing AMD hardware with Intel software appears to be a good mix. 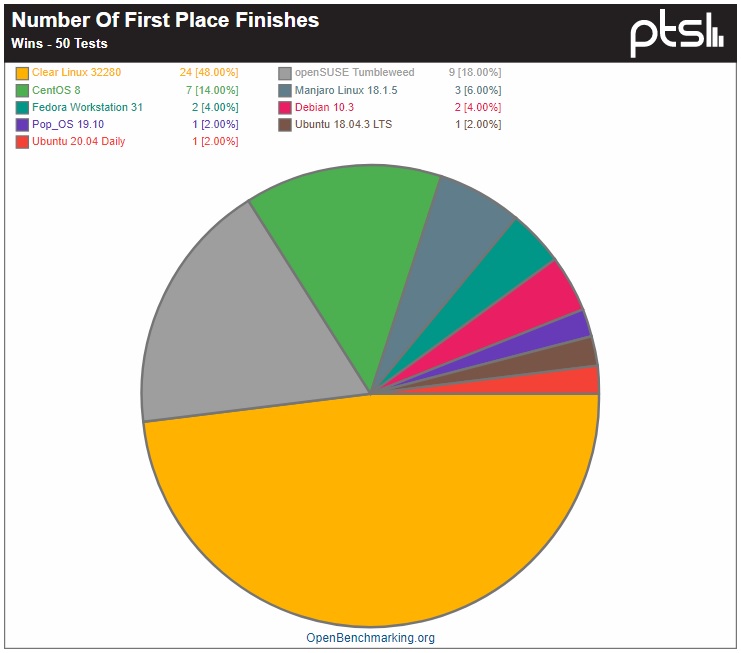 If you are interested, you can learn more about Intel's Clear Linux distribution here.

You can join the discussion on AMD's Threadripper 3990X processors getting their strongest Linux performance from Intel's optimised distribution on the OC3D Forums.

NeverBackDown
It's open source so anyone can make a contribution for AMD or just a general performance boost. While Intel is leading the way the point behind this OS was pure speed. It only a few months ago was basically just a terminal OS. Meaning like the old DOS days. So yeah it's not nearly as heavy as other Linux distros(which are already light). That's the reason for a performance boost.

Still it's impressive but really Intel has nothing to compete with the 3990x so it of course will win. If Intel had a 64 core CPU it'd be more interesting imoQuote

hmmblah
Quote:
It was a joke.

Open source doesn't quite work that way. Yes, that's the spirit of things, but it doesn't mean someone's contribution will be committed. That person could fork and make their own branch, but it wouldn't be distributed by the "Official" page for these types of projects.

None of the linux servers I manage have a GUI, it's all cli. I did try using linux as my desktop OS years ago, managed to do it on my laptop for a year or two. My distro of choice back then was SUSE with KDE. Now everything I run is CentOS except on some Pi's I'm running Raspbian.Quote

NeverBackDown
Quote:
I know it doesn't work that way but it's still possible.

I'm not surprised you only deal with the CLI but for an OS that is supposed to be for the average user, a GUI is fundamental. So the fact it's been only CLI until a few months ago and therefore light on features hence it's speed was the point I was makingQuote

Avet
Quote:
It really depends on the use case, skill level, and preference. GUI is not needed for Linux functions. When I am on Linux I use Terminal for 80% of the commands. Mostly because I find standard "windows" navigation ineffective. Whenever I can I use Total Commander or alternatives. I am in love since the days of Norton Commander. Terminal and NC layout are far superior to a bunch of open windows.

And also Intel's Clear Linux was not meant for average users like Ubuntu, or Linux Mint. So for the people that Clear Linux was built for GUI or CLI, it really doesn't make a difference.Quote
Reply