Several reports have claimed that AMD is planning a meeting with all of the company's North American hardware partners to discuss the manufacturer's upcoming Ryzen 3rd Generation processors and Radeon Navi series graphics cards.

Guru of 3D has claimed that this meeting will take place on April 23rd and will likely confirm the release dates and final details of their soon to be released 7nm products, allowing each partner to prepare for their official unveilings, which are likely to occur at Computex 2019.

At this time, AMD has been very tight-lipped about their upcoming 7nm "Matisse" series of Zen 2 products and has said next to nothing regarding their Navi graphics architecture. More information will be revealed about these products at Computex, though seeding early information to partners will open up several avenues for specifications and architecture leaks.

AMD's Lisa Su is set to host Computex 2019's premiere keynote, acting as the perfect stage to showcase the company's future product offerings, making it likely that lots of information will be revealed about AMD's 2019 product release schedule will be revealed at the event. AMD's keynote will take place on May 27th, making late April an ideal time to give their partners early warning of what they can and cannot discuss or disclose at Computex 2019. 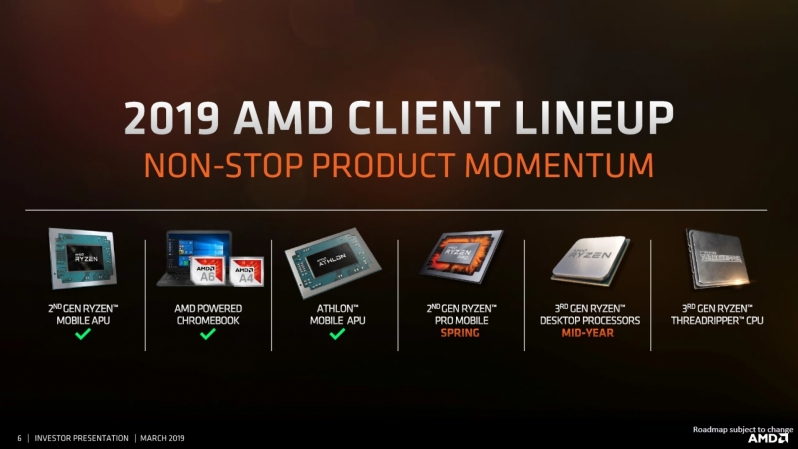 You can join the discussion on AMD's late April partner meeting on the OC3D Forums.

Dicehunter
I'm hoping that the first iteration of Navi won't be replacing the Radeon 7 in terms of performance as it only just came out, Would be a little bit of a kick in the face to have it replaced only months after launch.Quote

grec
Realistically Navi is going to have at most half the memory bandwidth of VII (Unless they go for an as yet unseen 384-bit GDDR6 bus and even then it's only three quarters the way if also using so far unseen 16Gbps memory) and I doubt they could improve their compression techniques much to allow them to throw in that much more compute power without being bandwidth starved, I'd guess about 75% as fast as VII is the best we should expect if they're going sort of all out(For this years cards).Quote

AlienALX
Quote:
I doubt it. Navi should be like Polaris tbh.Quote

Giggyolly
Quote:
Yeah I feel like Navi will come in around Vega performance, it would be cool if it was just ahead of V64. Then big Navi (when ever that comes) pushing ahead of VII.Quote
Reply